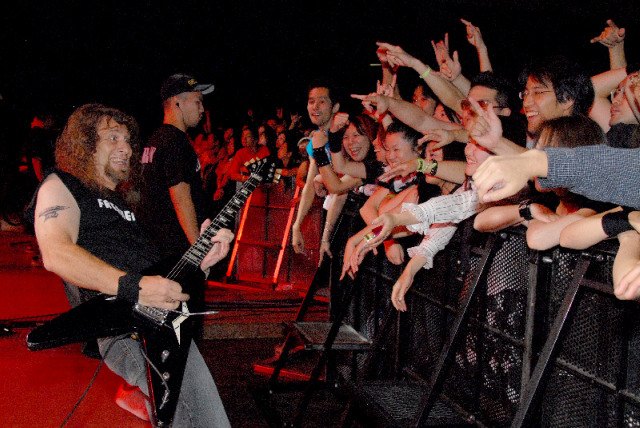 You will laugh. You will cry. YOU WILL ROCK! | Photo courtesy of VH1

Over the last two years of writing this column I've made numerous, promptly ignored recommendations regarding documentaries that have managed the near-miraculous feat of making it into an actual movie theater. Today, I make the most urgent and heartfelt plea yet — GO SEE Anvil! The Story of Anvil!!! No matter what you think about documentaries (or heavy metal for that matter), I can virtually guarantee that you will LOVE THIS FILM and will exit the theater feeling better about life than you have in a long while. It is an absolutely hilarious and touching gem of a film about belief, persistence and hope. In all seriousness, don't miss it.

Jody Hill is quickly making a name for himself as an aggressively contrarian/subversive filmmaker. Observe and Report is certainly his most subversive work yet. It's almost amazing that a stiff company like Warner Brothers is releasing this Travis Bickle-ish "comedy". Seth Rogen is the draw for most; Anna is for me. Dragonball: Evolution comes out in theaters this week. Enough said. The Mysteries of Pittsburgh is an ambitious film, but so clumsy and absurd that any poignancy is quickly dissolved into annoyance. How do you so badly waste the great Peter Saarsgard? Hannah Montana: The Movie comes out in theaters this week. Enough said. 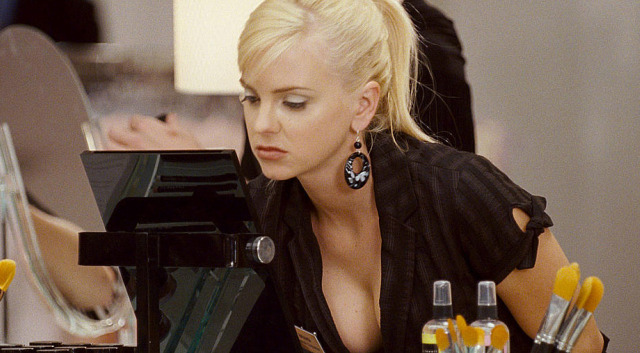 Is any male not in love with Anna Faris? | Photo courtesy of Warner Brothers

Anvil! The Story of Anvil
Observe and Report
Dragonball: Evolution
The Mysteries of Pittsburgh
Hannah Montana: The Movie

Anvil! The Story of Anvil
Observe and Report
Dragonball: Evolution
The Mysteries of Pittsburgh
Hannah Montana: The Movie

Anvil! The Story of Anvil

The Mysteries of Pittsburgh