Interview: Monocle Founder Tyler Brûlé Enjoys LA Money. The City? Not So Much. 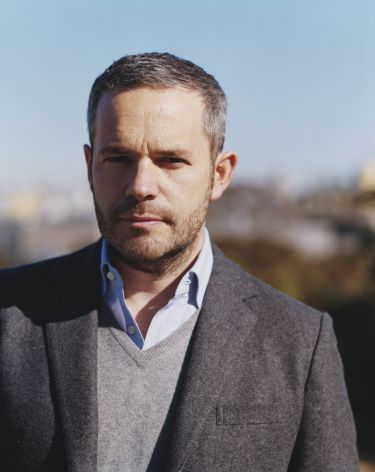 Tyler
He may not be quite the household name of such iconic magazine personalities as Tina Brown, Graydon Carter and Anna Wintour, but Tyler Brûlé is without a doubt flying in the same airspace. The jet-setting editor and entrepreneur started his career as a reporter for the BBC before launching the popular design and travel magazine, Wallpaper, in 1996. Brûlé sold the mag to Time Inc. in 2002, but in 2007 launched Monocle, an ambitious global publication that covers everything from business and culture, to design and travel. There’s even a Japanese manga comic in every issue. As a close friend said when I described the hefty publication to him, “Jeez, does it also come with pie?”

Brûlé has overseen the rapid growth of Monocle while also running a full-service branding and design agency and writing “Fast Lane,” the weekly Financial Times column in which he chronicles his globe-trotting escapades in search of the latest and greatest high-end consumer goods.

This week, Monocle opened the second of its retail outlets at the Brentwood Country Mart. At only 115 square feet, the tiny shop is where visitors can find every issue of the magazine, as well as stationary, designer bags and other Monocle approved goods. More exciting than the shop itself was that Brûlé himself flew into town to serve as host for the launch. He sat down with LAist to discuss his decision to open up shop in LA, the city in general and how Monocle has engineered such a successful launch during one of the most tumultuous times in print media history.

Why did you choose LA as the locale for the second Monocle store?
TB: I think part of it is opportunity and, like anything, serendipity as well. We were here before Christmas. We do very well on the east coast but I would say newsstand sales are quieter on the West coast. So we thought, why not actually bolster it up slightly by seeing its potential for retail? So we looked around and then we just happened to come here for lunch and I thought, this place has a similar vibe to Marylebone in London, albeit in an LA format. And here we are.

Why this particular location? Brentwood’s not considered the hippest place. Did you consider other areas?
TB: No. Very Monocle, sort of like a singular view. I think that in terms of the profile, the area that we’re in London has a demographic profile very similar to this area in many respects. Income. Profession. I mean, this place also has a different life in the sense that we’re not on the street. And that’s the thing that I struggle with in Los Angeles. It’s very hard to find any area that has a density in terms of a community feeling. Everything is so spread out. And quite simply as well, it was great to find a space this size, which is super. Our shop in London is the exact same size. This may even be bigger than our London shop.

How often to you actually come to Los Angeles?
TB: Twice a year.

What do you do when you’re in LA? What are Tyler Brule’s LA activities?
TB: Advertising meetings. In. Out. 24 Hours.

Monocle magazine’s annual “Most Livable Cities Issue” is a popular read. Los Angeles is always noticeably absent from the list. What are the things keeping LA off the list?
TB: I think one thing is the simple issue of connectivity. And public transport. Public transport plays a huge role. If you look at the two cities that have won so far, Munich and Copenhagen, so much of the urban landscape in those cities is defined by bikeablility, the tram and metro systems, and the ease of use of their airports as well. So that’s a starting point. Then there are a variety of other factors that go into it. Environmental record. Crime. Hours of sunshine, where LA would score very high. We looked at ease of setting up a business. We looked at ease of getting a drink at a certain hour of the day. We look at a variety of soft and hard factors which go into the mix. That’s why not a lot of US cities makes it. Because right away, public transport is a problem in most US cities. And despite all of the good work of a lot of mayors, crime rates are still high in the US.

You’re from Winnipeg, right? That’s interesting. How has that city influenced you as a person?
TB: I was there so young. My more formative years were spent in Montreal and Toronto. I left for London when I was 20.

So you don’t have much of a connection to Winnipeg anymore?
TB: Not at all.

What are some of the key facets of LA style that pop into your mind when you visit this city?
TB: Good question. Things I dislike are the over-casualization. I think that’s a huge contrast to say, Tokyo, where I landed yesterday. It’s breathtaking in Tokyo, that you have a diversity of styles, but everything is executed to the Nth degree. Whereas here, I think there’s sort of a culture of giving up.

At the same time, there is great vintage style here, which is fantastic. And of course, there’s such a great legacy. Also, if I look at what James Perse has done as well as a brand. And also the global reach that he has in terms…I mean, it’s amazing being in Japan and seeing that he has an influence in that market as much as a he has in Montreal. I think he’s very much sticking to what he does as well, and that’s to be admired.

Hubculture has called Los Angeles the “Most Zeitgeist City” in the world for two of the past three years. What do you think of that?
TB: I guess it depends on how you define it. I think different people have different definitions. Zeitgeist can obviously be quite broad as a term. I wouldn’t agree.

So many magazines are failing, but Monocle appears to be doing quite well. What do you credit with the magazine’s success?
TB: I think we have the single edition. We’re fortunate enough that we can rely on a variety of advertising markets. That we don’t just have to rely on New York as an advertising base. That’s one of the reasons how we’ve been able to very much in positive results right now. Our next issue is 20 percent up, and on average, we’re 10 or 12 percent up. That’s one thing. I also think we’ve taken a very different view of how we treat the Web. We’re not giving anything away for free. You want the archives, you have to pay for it. That’s very counter to the rest of the world. I think a lot of newspapers were wondering what were we thinking, giving all of our content away for free. At the same time, I don’t think we chip away at the core of our brand by having discussion groups. There’s no blogs on our site. There’s no social networking. For us, this is social networking tonight. The good, old-fashioned way. And I think that’s helped maintain a very strong, focused brand.

And, I think that your President has been responsible for a bit of a call to arms saying, yes, we have work to do at home, but our country has work to do abroad as well. And it’s amazing that in this day and age, when a new administration is saying we have to up our game internationally and yet, look what’s happened with the various US newsweeklies. Still cutting back overseas. You’d think this is time for America to wake up and actually start paying attention to what’s going on and that US media brands would be putting more boots on the ground around the world.

We ran out of time, but when Tyler offered to answer a few additional questions via email, we couldn’t resist taking a second stab at getting some of his personal LA picks…

-Activity
TB: Driving around with a few favourite tracks.

If Monocle continues on its current trajectory of success, do you think you might eventually sell it and move onto another venture?
TB: We only just started this venture, so there’s no interest in selling the business any time in the near future. If I did sell I’d more than likely open a small hotel on a nice stretch of coast in southern Japan. 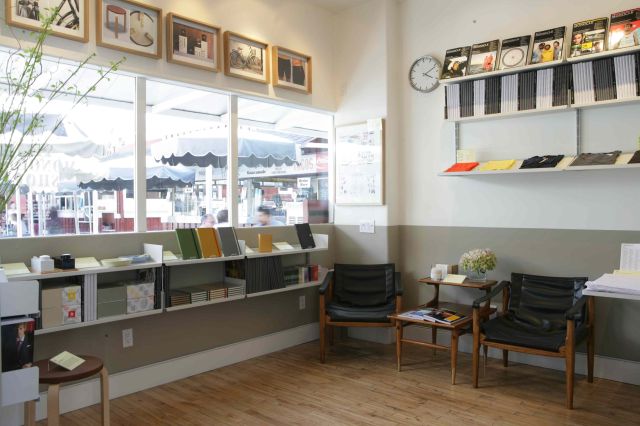 The interior of the stylish new Monocle store.