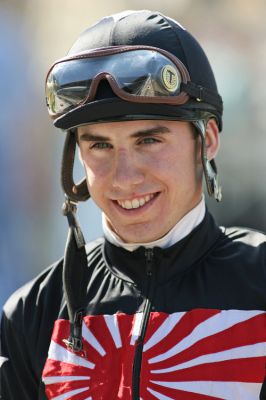 Playa Del Ray resident Joe Talamo is not your average 19 year old. The guy's already earned $4 million in purse money as one of horse racing's hot young stars, he's been featured on a reality television series, Animal Planet's Jockeys and in all likelihood is on his way to one of the biggest events in sports - The Kentucky Derby.

Just like most kids his age, however, Talamo has found some time to tell the world what he's doing in 140 characters or less on Twitter.

Joe, who will be riding contender "I Want Revenge," is counting down the days until the derby with updates like these:

Dinners at the Ivy, interviews with the LA Times, scenes for a reality show — updates like these will make you forget that he's only 19 years-old. Joe's fondness for Flo Rida, however, is a different story.