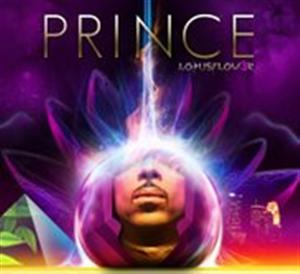 For over a decade now, Prince has been straddling the line between the mainstream and the underground. He’s a major star capable of rocking the Super Bowl, who still acts like a 19-year old jamming in the garage and posting the tapes on his MySpace page.

He moves back and forth between quietly producing work sold only to hardcore fans on his old web site, orchestrating mass media blitzes like the one we saw for his gi-normous Musicology tour in 2004 where he earned one of the biggest-selling albums of the year by adding a copy to the price of every ticket, and giving his stuff away for free with the Sunday paper. When he performs live, he may be playing multiple nights at the biggest hall in town (that 2004 trip included six sold-out nights at Staples Center), or might be entertaining a couple of hundred lucky folks at a hotel bar. Since leaving Warner Bros in the mid-1990s, he’s operated without a long-term record label commitment although his last few records have at least had major distribution.

For the release of his current project, he’s avoided the major label system completely: fans will have to get the music directly from him, at his new website www.lotusflow3r.com starting March 24, or make a trip to Target (or their web site) for a physical copy of the set, priced at a recession-friendly $11.98 for three complete albums. You have to hand it to the guy, with thirty years in the biz behind him, he’s still doing stuff no other artist of his magnitude would even try.

LAist attended a listening party, hosted by Prince’s new web designer, Scott Addison Clay, where we checked out a semi-functional demo of the new site and checked out all three albums. The site itself looks awfully cool, and the rarity-collector in me can’t help but raise an eyebrow when Clay says they’re in the process of uploading “hours and hours and hours of video from Prince’s private collection, some of which goes back to the 70s” along with tons of photos and of course the three new albums. It’s not yet clear exactly what will be available, but from what we saw, it looks like it’s going to be a good amount of content, in addition to the usual preferred access to concert tickets, something his old NPG Music Club did extremely well.

This is not the first time Prince has dropped multiple hours of music in one package. But instead of one long, sprawling work like Emancipation and Crystal Ball, this set is split into three digestible chunks, each with its own title and personality. Two are new Prince albums, and the third he wrote and produced for his latest protégé, Bria Valente (Tamar’s fifteen minutes having sadly expired half an hour ago.) And I’m happy to report the news is mostly good this time. Not flawless, mind, it’s been a while since he gave us of those. But a lack of self-editing is part of the deal now, and at twelve bucks for the whole thing, it’s hard to complain about having too much stuff.

Fans of Prince the guitar hero can officially start drooling in anticipation of Lotusflow3r, the first set previewed. It's got the feel of a Funkadelic record from around the time of Let's Take It To The Stage, not geared towards big hits and club heaters but offerring up a nice mix of moods and sounds of the old school, from space-rock expansiveness to John Lennon-ish piano romping, to overt Hendrix references and even to (funky) Broadway. It’s all faintly psychedelic with big gobs of distorted guitar thrown around liberally. Although the tunes are kind of minimal, it’s the first Prince album in years that sounds and feels like a band playing in a room together, really working the dynamics. This is a good feeling, and one he doesn’t always capture on his studio records. It helps that he’s got a number of his A-list collaborators on board, including Renato Neto, Michael Bland, Greg Boyer and Maceo Parker, giving the performances a loose, live quality. "Feel Better, Feel Good, Feel Wonderful" recalls the Prince of "Sexy MF", all strutting and horn-stabbing over a tight James Brown beat. "Love Like Jazz" sounds like one of War’s extended jams with its lilting Brazillian chords, leading into a punchy, syncopated chorus. Other names I jotted down during the length of the LP:Herbie Hancock, Albert King (for the slow-burning riff that underscores "Colonized Mind") and the Allman Bros (for some wailing twin-guitar harmonics in "4Ever"). If that sounds like a good time to you, it probably will be. I certainly recommend it.

On to the bad news: the Bria Valente album Elixer is, to be kind, no great shakes. There's nothing particularly wrong with it. She sings …well enough, I suppose, a breathy, attractive but indistinct voice. What's missing is material; apparently Prince isn't as generous with the good tunes as he used to be. There’s not one killer track, and compared to the live feel on LF, it sounds like one giant overdub. A quick glance at the credits confirms this to be true; except for two tracks with his live rhythm section, everything from the drum programming to the engineering to the cover photography was done by the man himself. By now we all know he CAN do everything under the sun, but …does have HAVE to? The Producer of this album needed to inform the Arranger and the Musicians that something wasn’t working, but there was a failure to communicate. What we’re left with sounds like bottom of the barrel demos, underproduced and half-baked. As they used to remind us in those Hebrew National commercials, non-meat fillers are not kosher.

MPLSoUND is another one-man affair, but one that actually works, most of the time anyway. It's a return to the old school, dance-club Prince, a familiar, comfortable sound built around those 80s-vintage synth voices, an approach that’s not yet run out of gas. "Chocolate Box" is the best track here, a hyperactive banger that sounds like "Dirty Mind" on speed, and actually caused some of the assembled reporter-heads to bop back and forth in a rhythmic manner for the first time all night. The opening "There’ll Never Be Another Like Me" brought the album Sign Of The Times immediately to mind, which can hardly be a bad thing. Although the album can’t maintain the brilliance of its first few songs, there certainly is a nasty good time to be had in there somewhere, maybe through savvy CD programming.

So to sum up: MPLSoUND is the one you dance to in the club, LotusFlow3r is the one you pop on when you're home from the club and ready to kick it, and Elixer is the one you put on when the stragglers won't go home and you want to go to bed. But $11.98 ain't a bad deal for just one really, truly good album, which LF certainly is, and most of the best stuff is all in one place.

Prince is doing three LA shows on March 28 - click here for our coverage.

LOtUSFLOW3r / MPLSoUND / Elixer will be available on lotusflow3r.com on March 24, and available at Target stores on March 29. Visitors to the site can listen to streaming audio of the songs Colonized Mind, Disco Jellyfish and Another Boy by clicking on the cassettes at the bottom right of the screen.