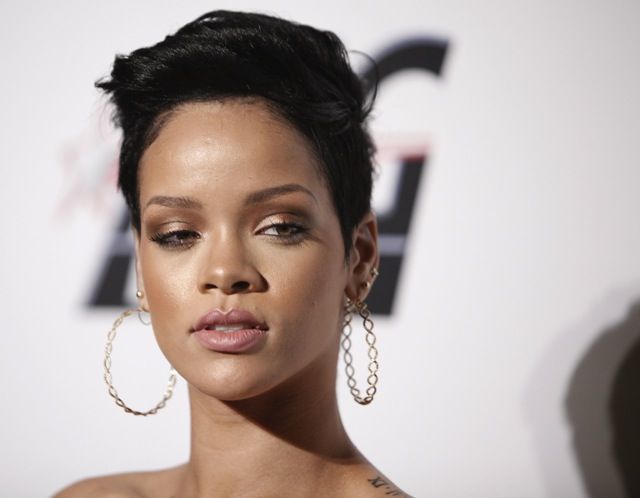 For the Record: Due to concerns from readers, we have moved the photo below the LAPD press release and replaced it with a different photo. Thank you for participating in the comments section about this issue and please continue to do so. (AP Photo/Matt Sayles)

Early Thursday evening, TMZ released a leaked photo taken of Rihanna immediately after her altercation with Chris Brown in which he allegedly beat her. From the picture one can see that Rihanna's whole face is extremely swollen with two huge bruises on her forehead, a busted lip and what looks to almost be a broken nose. If reports of the abuse are true, Chris Brown didn't simply get upset, yell at and shove his girlfriend. No, he full on beat the crap out of her, making the beautiful songstress hardly recognizable. Unfortunately, with the degree of the injuries, one can assume this wasn’t the first time something like this had happened.

So what's next? The Los Angeles County district attorney's office is in the midst of collecting evidence to build a case against Chris Brown, according to L.A. Now. They ordered the LAPD to continue investigating claims of domestic violence and making criminal threats, then they will move forward on pressing charges. According to the police, Rihanna is working in full cooperation with the authorities.

Although news of this domestic dispute garners much attention because of the celebrity couple involved, the truth is domestic violence occurs on a daily basis. The LAPD website claims every year, “in the United States there are over 3 million incidents of reported domestic violence." In those cases, “95% of assaults on spouses or ex-spouses are committed by men against women.” Sadly, every year “4,000 victims of domestic violence are killed.” No one wants to be abused, nevertheless have to admit it. If cases of abuse are not being reported and investigated, the vicious cycle will continue to occur, leaving someone dead if not completely traumatized.

If you or someone you know is being abused by a spouse, family member or friend, seek help and call the Domestic Violence Hotline at 800-978-3600. They can provide referrals to domestic violence shelters where you can stay for thirty days, legal referrals and basic information on how to file for a restraining order.

The LAPD said the release of the photo was completely unauthorized and they are pursuing an internal investigation. The complete press release is below.

At about 7 p.m. on February 19, 2009, the Los Angeles Police Department Media Relations Section began receiving numerous inquiries about the release of a photograph associated with a domestic violence incident that occurred on February 8, 2009, involving entertainer Chris Brown. The photograph appeared on an entertainment website. The photograph has the appearance of one taken during an official Domestic Violence investigation.

The Los Angeles Police Department takes seriously its duty to maintain the confidentiality of victims of domestic violence.

The Department launched an immediate internal investigation and subsequently filed a personnel complaint.

A violation of this type is considered serious misconduct, with penalties up to and including termination.

Anyone with information concerning the unauthorized release of the photograph is asked to call, during regular business hours, (213) 485-4152. After-hours or on weekends, calls may be directed to our 24-hour, toll-free number at 1-877-LAPD-24-7 (527-3247). Callers may also text “CRIMES” with a cell phone or log on to www.lapdonline.org and click on Web Tips. When using a cell phone, all messages should begin with “LAPD.” Tipsters may remain anonymous. 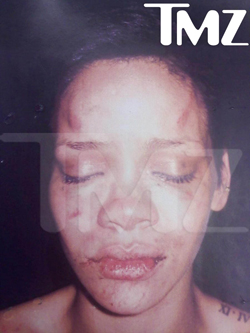