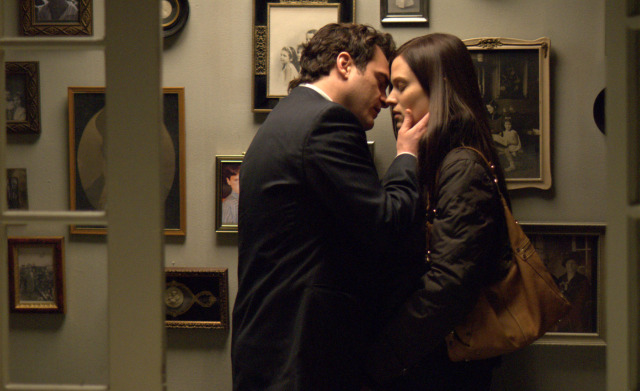 Just in time for Valentine's Day is the release of Two Lovers, an emotionally-charged, quiet drama by director James Gray. At the center of the story is Leonard Kraditor (Joaquin Phoenix), a depressed thirty-something who is forced to move in with his parents after a painful, life-threatening break-up with his fiancé. With a nowhere job at his family's dry cleaning business, very few friends and an unintentionally abrasive nature, Leonard is truly a sad sight to behold. That is, until two very different women drop into his life and he experiences an awakening, stepping outside the boundaries he's laid down for himself and living life on the edge.

The first of the two women is Sandra Cohen (Vinessa Shaw), who besides sharing a religious and cultural bond with Leonard (they are both Jewish), is also naturally gifted in making Leonard feel at home, and provides him with an unwavering, loving friendship. Yet, with the friendship comes a sinking, settling feeling for Leonard, who feels pressure from his parents, Reuben and Ruth (Moni Moshonov and Isabella Rossellini, respectively) to marry and start a new home life. Leonard misses the chance to reflect on a potential happy ending with Sandra when mysterious neighbor, Michelle Rausch (Gwyneth Paltrow), walks into his life. Unlike Sandra, Michelle is a master of manipulation, stroking Leonard's fragile ego in an effort to get what she wants while simultaneously arousing pent-up sexual tensions on both sides. 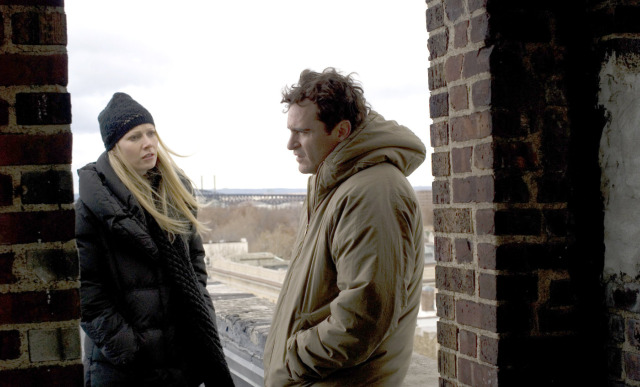 As Leonard allows each relationship to develop, he becomes unequivocally obsessed with Michelle, who wants nothing from him but companionship and the occasional cuddle. She is too caught up in an affair with a married man to care much more than that and while Leonard is aware of this, what little joy she brings into his life is enough for him to simply exist. Meanwhile, Sandra remains hopeful that she might become more than just a side attraction in Leonard's crazy circus of a life, pushing herself upon him whenever she can. It's all too much for Leonard to handle and he turns away from that which he needs and toward that which he wants, resulting in perpetual unhappiness.

Watching Leonard slowly dismantle every shiny piece of his life, all in the name of finally finding acceptance, reveals a painful reality that rings true for anyone who has ever been in love. We often want that which we can't have, and that which we can have is often what we don't want. This is a theme that echoes throughout the film in many brilliantly moving moments, from Sandra's last-ditch effort to win Leonard over with a token of her affection, to a costly mistake that Michelle makes which leads to a medical emergency, everything plays out as if happening in real time and in real life.

Try as he might to make his newly-constructed life work, Leonard fails to make either relationship blossom. By default, he retreats into a comfort zone of disconnectedness, but not for long. As the final moments of the film unfold, Leonard struggles with the choice he must make - to chase a dream and a life that will undoubtedly never payoff or follow in the footsteps of his parents and take the path most often traveled.

Two Lovers is absolutely worth seeing as it reaffirms the idea that simplicity in a film can go a long way -- you won't find any over-the-top car chases or extravagant set designs to detract from the story. It also affirms that "carpe diem" instinct that often lies dormant within us, that optimistic feeling that life can be what we make of it, if only we are willing to take chances.

Two Lovers opens this Friday in theaters across Los Angeles.