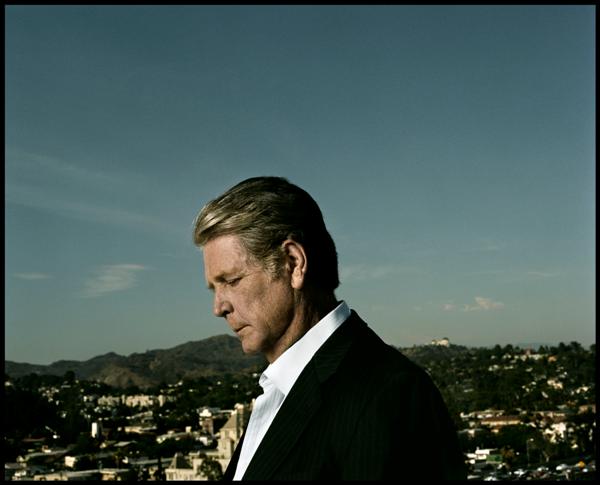 It's a great week to be a Brian Wilson fan in Southern California, with the release of a great new DVD package, an in-person signing and, finally, a performance of his very fine new album in the city that inspired it.

Wilson and his long-standing team of supporting players, which includes his latest songwriting partner, Scott Bennett, and several members of local retro-pop overlords the Wondermints, have been doing That Lucky Old Sun as a full-length piece to audiences just about everywhere but Southern California since last year. Although he did play a few songs from it at the Hollywood Bowl in September, this Wednesday's show at the Wiltern is the first chance his hometown crowd gets to hear it in full.

It's a risky move, centering a night around your new album, when your audience is powerfully drawn by the old stuff. But he's been making it work, because That Lucky Old Sun is a strong piece of music. It has all the elements Beach Boys fans are looking for, familiar sounding but still inventive. No other rock songwriter does this kind of stuff with the human voice anymore, nor has a band capable of singing like this. And if they can get those trademark harmonies sounding as pristine as they do on the live portion of this DVD, it should be a rare treat.

Besides a live-in-studio run through the entire album, that sounds better to my ears than the officially-released CD, and a full-length making-of documentary that mixes interviews with clips from the rehearsal and recording studios, the Lucky Old Sun DVD thoughtfully compiles several of Brian's web-only appearances from around the time of TLOS' release, which we can finally watch on a real TV set. Additional live footage from Nissan Live Sets and a live-in-car performance from the Black Cab Sessions is very cool, but most charming is a clip of Brian being interviewed by Zooey Deschanel for MySpace's Artist To Artist program.

On Friday, Brian Wilson spoke to LAist about future plans, past remembrances and songs about feet.

When you were growing up in Hawthorne, did you manage to make it up to Hollywood or LA very often?

I know you've lived in a number of different places in town. Did you ever find that the neighborhood you live in had an effect on the music? Was the South Bay a different music vibe from, say Beverly Hills?

Well, music is pretty universal. It's the same wherever you go. And that's why I made music about California. Because I like California.

I noticed that another guy from Hawthorne named Chris Montez, who did "Let's Dance", is having a documentary made about his life this year. You knew him?

Yeah, I met him in high school.

Was he involved in music at that time?

Not at the time, no. But later, I heard his record and I flipped. I loved it.

Have you seen Chris at any time recently?

No, not in forty-some years.

First concert of any kind that made an impression on you?

When I saw the Elton John concert, I liked that very much.

That Lucky Old Sun is made up of a number of interconnected suites of songs. Was that the idea from the beginning, to do a more unified piece of music than your standard rock and roll album?

Yeah, I wanted to do a concept. The Lucky Old Sun album is a concept album. And it's about LA, and life in LA and the different kind of moods of LA. Call it the Heartbeat of LA.

This album is largely co-written with Scott Bennett, a member of your band, is this the first time you've creatively collaborated with one of the musicians that you work with?

That would be the first time, yeah.

What are some of the qualities you look for in a collaborator?

I look for a creative, poetic writer, someone that really has a flair for poetry, and rhyming too.

I've heard a story about the first time you saw the Wondermints, watching them do a live version of "Surf's Up" at a tribute show. Can you share some of your memories of that?

Well, we were really surprised they even knew those Beach Boys songs in the first place. When they started playing California Girls and all this, we knew they knew all the Boys' songs. So after the concert we said, hey, you know my songs, how'd you like to be my backup band, and they said "SURE!!!" And that's that, and ever since then we've been together.

What do those guys bring to the table that...

Oh my God! Well they're much superior musicians and greater singers than I've ever heard.

Have you ever written a song as a gift for someone else?

When you're listening to music at home are you a vinyl records guy, a CD guy or an iPod guy?

I'm a CD guy and an oldies-but-goodies stations guy.

Do you have a favorite chord?

A favorite chord? You mean in music? Uh, E!

No, I bypassed those. I wrote a song yesterday, and Scott Bennett's working on the lyrics today, and we'll have it done in a few days, and it's really good. It's a really happy song.

Is there any chance we might hear that at the Wiltern?

It's been about ten years since the last time we saw you headlining the Wiltern Theater as a solo artist, with a lot of the same musicians onstage. At the time you were doing those shows, was there any idea in your mind that it would continue the way it has?

No. I knew it would be for a while, but I never, ever thought we would go for ten years, no.

When you record vocals these days, do you like to record on multi-track with everyone in isolation, or have everyone crowd around one mic like the old days?

What's your favorite moment when you're onstage?

Is there anything that's surprised you about the audiences that come to your performances?

Well I always tell people the Boston audiences are my favorite. Boston, and let me think... the Hollywood Bowl, Boston. Denver, and that's about it. Those are some of my favorites.

In the last couple of years you've been very active traveling and performing in Europe. Is there a particular attraction to performing for the European audiences?

Oh, they appreciate music more than the Americans do. I can tell by the way they applaud that they like music better than Americans like.

Is there any chance you might write another song about taking care of your feet?

Too bad, I loved that song!

Take good care of your feet, Pete? Yeah, that was a cute tune.

You spent a couple years as an entrepreneur in Los Angeles running a health food store, do you have any interests in that area today?

Have you ever thought about getting back into that kind of thing?

Do you still manage to spend much time at the beach?

I don't go to the beach anymore. It's too cold! You go in the water, it's freezing. I get in there and I go "AAHGGGHH! AAAHGGGHHH!!" It's freezing!

Is there anything you wish people would ask you about?

Why don't you tell us a little bit about that?

Do you think that approach had a positive impact on the way the tune came out?

Yeah it did, because it made each movement kind of unique.

I'm curious to know what might be next on the agenda, you've just had a new album...

I think I'd like to write a rock and roll album, something inspired by Phil Spector's records.

I know you've expressed admiration for Phil Spector and the Beatles, I wonder if you had any opinion on your other peers of that time, some of the English beat groups like the Who and the Yardbirds...

Actually Phil Spector and the Beatles are about it for me.