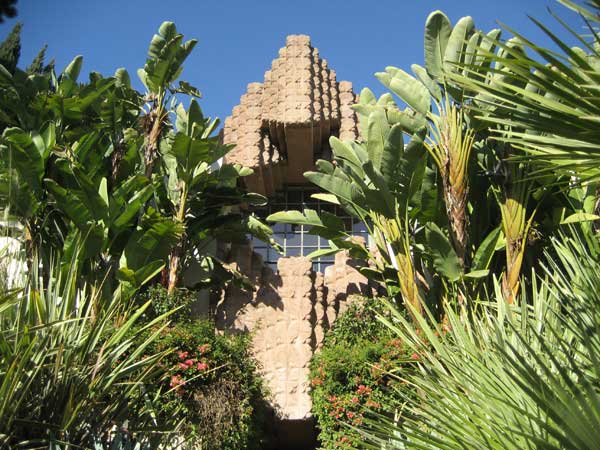 Ken Kesey told us that “Some things are true, even if they never really happen.” What if a woman was never killed in a house that looks like it might gobble you up if you’re not careful? What if that crime felt true? Then where are you? Well, the answer is, of course, Los Angeles.

The Sowden House was built in 1926, for artist and photographer, John Sowden. He wanted a startling space with a large central courtyard where he could stage plays and parties for Hollywood’s elite. He hired his friend, Lloyd Wright (son of Frank Lloyd Wright) to design it. Lloyd worked as construction manager (and occasional designer) for his father’s three Los Angeles projects. Like those homes, Lloyd used textile block construction. He arranged these blocks into crests, transforming the house into a Mayan Temple. Its jagged peaks lead to its nickname, the Jaws House (as it looks like the gaping maw of a great white shark.) 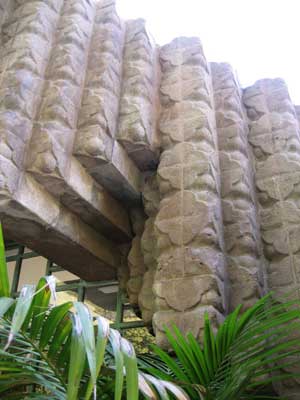 It was renovated in the early aughts by Xorin Balbes. He added a swimming pool to the central courtyard, as well as some Asian flourishes that critics claim are at odds with its Meso-American theme.

The Sowden House is often hailed as the apogee of Lloyd Wright’s residential works. For all that it’s one of a kind, it’s an eerie building with dark, deep-set windows. It rises, forebodingly among the boxy, banal houses near it. Described as “cultic and brooding,” it could easily be a portal to the underworld. And if Steve Hodel is to be believed, for one young aspiring actress, it was.

Perhaps you’re unfamiliar with Elizabeth Short, or Betty, as she was sometimes called. She’s better known by the infamous moniker, The Black Dahlia, a name she was never called in life, that has obscured the very real person she was.

It’s easy to lose Betty in the haunting, much published photos of her, in the gruesome pictures of her body so easily found on the internet, and in the many books that have been written about her death. These books are not so much about Betty, though pieces of her glimmer up from the thick distraction of theories. But they are a fascinating look at how these dark stories define their authors, this city, and those of us who live in it. 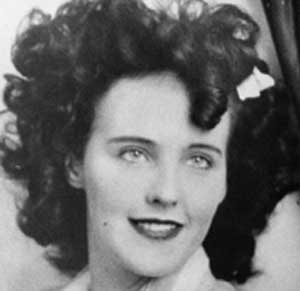 In 2004, Steve Hodel, former LAPD officer and private investigator published Black Dahlia Avenger, in which he alleges that his father, George Hodel, killed the Black Dahlia and numerous other women in the Los Angeles area. Elizabeth Short is the only one Hodel claims was killed in his family home, the Sowden House, where the Hodels moved in 1946.

Black Dahlia Avenger is an interesting read. He thoroughly deals with evidence in the case, and by covering a number of different unsolved crimes against women, he gives you a real feeling of the anarchy of post-war Los Angeles. At first blush, you feel that Steve is tireless, and candid about his own life. His father was, in fact, a suspect (as a doctor and a man accused of sex crimes) in the killing of Elizabeth Short. But a second look reveals just how much of his evidence turns wispy and vanishes under close scrutiny. Much of the information has been discredited. 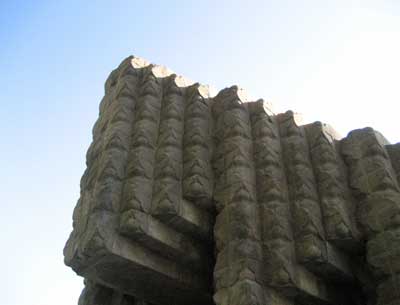 At the time of George Hodel’s death, Steve and his dad were getting along. They let sleeping dogs lie, and were very cordial with one another. It was after his death that Steve found a photo album that had pictures of a woman Steve felt was Elizabeth Short. (These pictures are not Betty. They bear only a passing resemblance to her. Her family has denied their authenticity. One of the women, a small time actress, has come forward and identified herself.) These photos put Steve on the road to finding that his father was a killer.

So what happens to a man to make him believe that his own father not only slaughtered Elizabeth Short but numerous other women as well? By the time you reach 60 years old, people don’t want to hear you talk about your bad childhood anymore. But the events that happen then are the things that make us. Most people never get over them. George Hodel was a cold man, a controlling one. He didn’t feel it necessary to keep his libertine leanings from his wife and children. He held massive parties at the Sowden House, many of which ended up in orgies. After being acquitted of molesting his daughter, George Hodel fled to the far east, where, over the course of the rest of his life had two more wives and a bunch of kids. He didn’t pay support for any of his American children. Steve and his brothers had to live off borrowed cash, what they scrounged from odd jobs, and what his mother made between drinking binges. Even Steve’s first marriage was to a woman who wanted to use him as revenge against his father.

The things that happen between people are so intricate that the explaining dulls them. Sometimes the mind seizes on an story that feels like the truth, that’s easy and blunt. Something that feels true.

Maybe Elizabeth (who was found in a vacant lot in Leimart Park 62 years ago this week) wouldn't have minded being used in this way. When you become famous, you no longer have control over your own story. You belong to the world. Betty's has quite an after life. She has given desperate people a place for their feelings. In a different time and place, the Sowden House would have been a temple and Betty Short would be the patron saint of scarred innocence. Here they are a house, a murder victim, their histories crossing paths only in the mind.