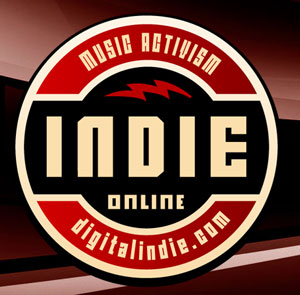 Indie's new show logo
If you turned your radio dials to Indie 103 this morning and overheard a stern, visceral message of immediate termination between each song, then you’re already aware of the fate of one of LA’s most popular alternative stations.

The 5-year-old radio station, once named the best by Rolling Stone, will be changed to "a format called 'El Gato' — playing regional Mexican rhythmic and cumbia music," explained Mike Schneider at Franklin Ave.

This is an important message for the Indie 103.1 Radio Audience -

Indie 103.1 will cease broadcasting over this frequency effective immediately. Because of changes in the radio industry and the way radio audiences are measured, stations in this market are being forced to play too much Britney, Puffy and alternative music that is neither new nor cutting edge. Due to these challenges, Indie 103.1 was recently faced with only one option —- to play the corporate radio game.

We have decided not to play that game any longer. Rather than changing the sound, spirit, and soul of what has made Indie 103.1 great Indie 103.1 will bid farewell to the terrestrial airwaves and take an alternative course.

This could only be done on the Internet, a place where rules do not apply and where new music thrives; be it grunge, punk, or alternative; simply put, only the best music.

For those of you with a computer at home or at work, log on to www.indie1031.com and listen to the new Indie 103.1 - which is really the old Indie 103.1, not the version of Indie 103.1 we are removing from the broadcast airwaves.

We thank our listeners and advertisers for their support of the greatest radio station ever conceived, and look forward to continuing to deliver the famed Indie 103.1 music and spirit over the Internet to passionate music listeners around the world.

We’re pretty bummed to hear the news. To Jonesey, Escalante, and the rest of the all-star Indie team, we thank you for years of awesome music.