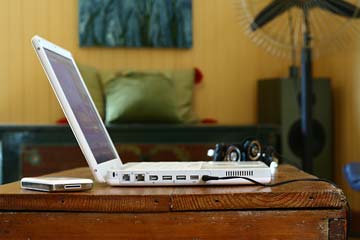 Representatives of Motown Records, Universal Music Group and BMG are seeking settlement amounts ranging from $4,000 to $4,500 from USC undergraduates in exchange for not being named in a copyright infringement lawsuit currently pending in federal court in Los Angeles. The case, Motown Records v. John Doe (08-CV-5029), was filed last July against anonymous "John Doe" defendants for illegal music filesharing. No individual defendants have yet been identified by name in the case.

USC is the latest Southern California university ordered to turn over student names and contact information for the purposes of preventing music piracy. Previously, UCLA, UC San Diego, UC Davis and Loyola Marymount have been ordered to provide names of students in similar cases.

However, unlike the judges in the other cases, Judge Manuel L. Real ordered that the plaintiffs in the USC case can only use the information for non-monetary relief. Judge Real's October 7, 2008 order states that USC student information is "to be used for the sole purpose of obtaining injunctive relief." As of last week, representatives of the record companies were telephoning and writing USC students to propose settlements.

Settlement demands in other music file-sharing lawsuits brought by major record companies represented by the Recording Industry Association of America (RIAA) have been reported as high as $7,500 according to Wired.

Universities have expressed concern that the turnover of student names may violate their obligations under the Family Educational Rights and Privacy Act. Last week, Warner Music Group proposed a voluntary blanket licensing scheme for universities. The proposal would add a fee to student tuition to permit music file sharing in schools.