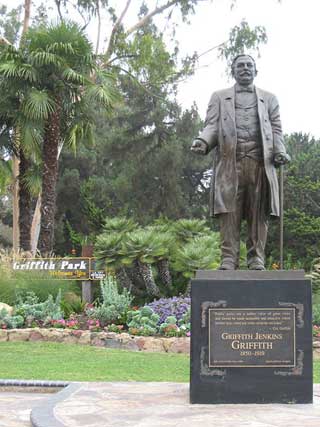 It all started with the ostriches. Well, not really, but don't you think it should have? In fact, Griffith Park started with a curse. When the original owner of Griffith Park, Don Antonio Feliz died of small pox in 1863, he left his extensive land holdings to Don Antonio Coronel. Subsequently, his blind, destitute 17 year old niece, Dona Petronilla, cursed the land — great misfortune would come to whoever owned it.

One by one, Coronel's family died from misfortune and disease. He left the land to his wife, who married again only to have her husband try to divorce her and get the land for himself. The next owner tried to develop it as a dairy farm, only to be wiped out by rain and debt.

Griffith Park (formerly called Rancho Los Feliz) was purchased by Colonel Griffith J. Griffith (His parents must have hated him) in 1882. He had made his money in coal mining, and he started an ostrich ranch on the property, where thirty of the birds lived. Though ostrich feathers were popular in fashions at the time, Griffith's primary interest in the farm was to draw people to his nearby property holdings. People would come by and watch the animals be plucked. (Which, just in case it bothers you, doesn't harm the ostriches.)

Apparently Griffith (we can call him by both his first name and his last!), was something of an eccentric. He would give long speeches at his exclusive men's club. They were very dull, but people would put up with it because he had donated so much money. While on vacation with his wife, he became consumed by the notion that she was colluding with the Pope to poison him and so he shot her. (She wasn't.) Through pure chance, he missed and she survived, though disfigured and blind in one eye. At some point he believed he saw the ghost of Antonio Feliz, previous owner of the property, which spurred him to give some 3015 acres to the City of Los Angeles. Or at least, that's what he claimed. Others suggest that he donated the property for leniency, since he only served two years in jail. 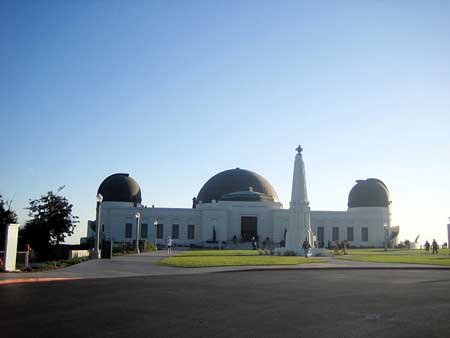 Los Angeles decided to use the property to build an observatory, planetarium and an amphitheater. After he got out of prison, he decided to donate one hundred acres to the study of flight, and the aerodrome was built. It had a runway (basically, it was an airport, but in the early times of flying, it was the recreation of those who could afford it), and eventually passed to the National Guard until the 1930s when it was determined that the military presence violated the terms of Griffith's deed and then it was destroyed. After WW II, the area served to house returning soldiers. Now the LA Zoo and the Museum of the American West (formerly the Gene Autry Museum) occupy the space.

When Griffith died in 1919, most of the property passed to the City of Los Angeles, and his money, also left in trust to the city was used to fund their projects. 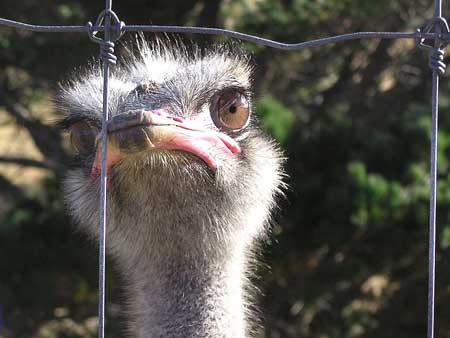 Griffith Park now includes two golf courses, Travel Town (where they have old trains), the Greek Amphitheater, The Observatory, the Hollywood Sign, the LA Zoo and the Museum of the American West (formerly the Gene Autry Museum), as well as lots of open park space for games, horseback riding and hiking. Now, when you enjoy the many and varied pleasures of the park, you can think, not only does it have nothing to do with D.W. Griffith, but it all started -- at least this incarnation -- with a crazy guy. And ostriches! Don't forget the ostriches.