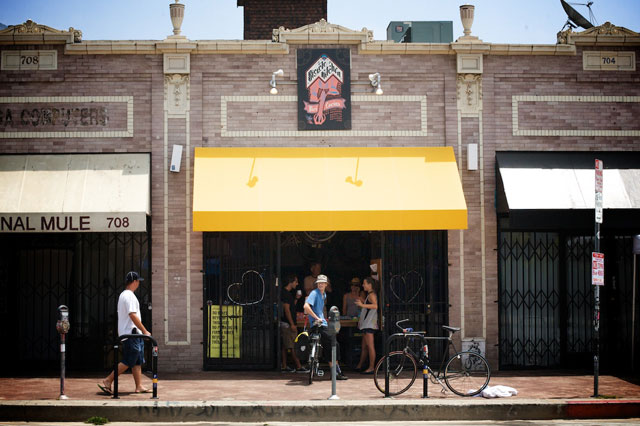 The city today officially adopted the Cyclists' Bicycle Bill of Rights, a twelve-point document affirming the rights that cyclists already have, but don't necessarily receive from government in addition to other basic rights that will help the city become more sustainable.

But what can a bill or rights do? It's not an ordinance or a change to the city charter? There's no law to enforce. Why have it? To cyclists, it's an affirmation. For non-cyclists, it's an education tool.

Cyclists' Bill of Rights co-author, activist and occasional LAist contributor Stephen Box, says their next step is to have it included "as written, as ridden" in the bicycle master plan the Department of Transportation is currently developing.

"The culture of the car has to change," Councilman Bill Rosendahl said at today's meeting. Rosendahl helped lead the charge on this motion after the Mandeville Canyon incident in his district where alleged road rage sent two bicyclists to the hospital.