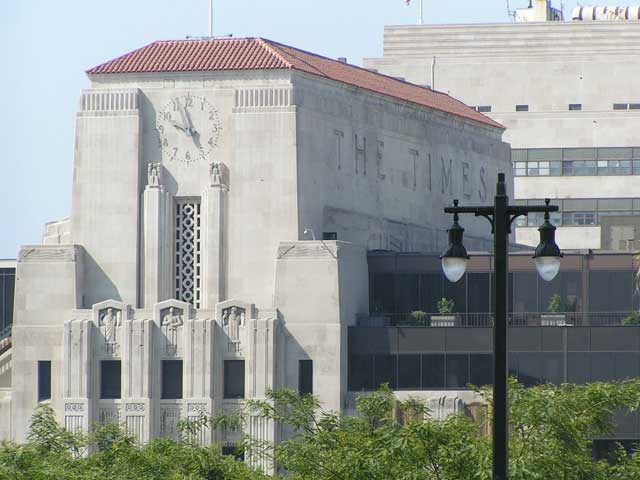 The LA Times building in downtown | Photo by jimw via Flickr


The owner of the Chicago Tribune, the Los Angeles Times, the Chicago Cubs and other properties has $13 billion in debt.

Severe reductions in advertising this year because of the recession has put pressure on the company. Most of its debt comes from the complex transaction in which the company was taken private by real estate mogul Sam Zell last year.

Although the next major principal payment isn't due until June, analysts say Tribune has been in danger of missing lender-imposed financial targets.

Tribune Co., headed by Sam Zell, is the parent company of the Los Angeles Times and local CW affiliate KTLA.