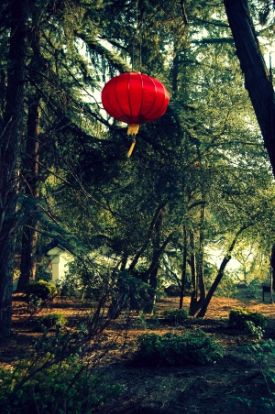 It's hard to believe, but December 1, 2008 marks the 20th anniversary of World AIDS Day. Today we come together as friends and family, as a city, as a state, as a country, and (most importantly) as a global community to educate and inform on the world AIDS epidemic. While others will (and should) debate the politics of this crisis, we here at the ScientIST feel it’s our duty to share some basic Health 101 behind the virus, transmission, and prevention. We turn to the experts at the Center for Disease Control for the latest in on-going research.

The Virus
HIV stands for human immunodeficiency virus. HIV-1, the strain that is most widespread globally, is a tricky little bugger, since it targets the very part of your body that protects you against infection. Once introduced, HIV-1 heads directly for CD4+ T cells in your immune system, takes them over, and with their own enzymes in charge, redirects their machinery for virus replication. The body attempts to mount an attack on HIV-1 with its normal immune response, including antibody production (seroconversion). At this point (about 2-4 weeks after infection), you will test positive on a standard HIV test and start to have flu-like symptoms (fever, swollen lymph nodes, malaise, etc.). The virus can then drop into a latent stage, where it sits dormant in CD4+ T cells, waiting for cues for reanimation.

AIDS, or acquired immune deficiency syndrome, is the final stage of the HIV infection, when a threshold of immune system destruction is reached. AIDS symptoms are hallmarked by the various opportunistic infections that cause them (bacteria, fungus, virus, parasite, etc.) or a combination thereof.

At present, there is no cure for HIV-1. Because of its short life cycle and genetic makeup, it is especially prone to mutation and thus high viral diversity, which basically means different forms can work-around various drug regimens. Likewise, the traditional methods of immunization (live attenuated virus or killed virus) are either too risky to administer to humans or simply don't illicit the same kind of protective response as other vaccines (Flu, for example). Drug resistance and complete protective vaccination, therefore, are major hurdles for virologists.

Transmission
Of course you know. But let's review anyway.

At present, you CANNOT get it through your average physical contact (hugging, casual kissing, holding or shaking hands). Prolonged open mouth kissing with someone infected, where there is a risk of damage to the protective barriers of the mouth, is not recommended. You also aren't going to be infected via daily activities (touching doorknobs, sitting on toilet seats, using glasses/dishes/silverware). The virus can't replicate on it's own and doesn't survive well (or at all) when removed from its host. And no, you cannot get it from a mosquito bite.

While HIV has been found in the saliva and tears of HIV positive people, the CDC holds that no reported cases of HIV infection have come from contact with either fluid. Furthermore, sweat appears HIV-free, so you don't need to freak out in the locker room.

Prevention
Prevention comes down to knowing your own status (the only status you can be 100% certain of regardless of how long you've been in a relationship or how well you think you know your partner) and protecting yourself from everyone else.

To discover your status, you need to get tested. Regularly. This means at least once a year, and definitely before getting involved with a new partner. HIV testing is anonymous and ubiquitous, especially in Los Angeles. If you are a college student (UCLA, USC, Loyola, Pepperdine, Santa Monica City College), query your student health center. They usually offer drop-in testing hours, or if you need more one-on-one time with a clinician, you can request HIV testing during an appointment. For those of us that have long since matriculated, check out HIVLA.org. Choose HIV/STD Testing from the first drop down menu then choose your area. The LA Public Health website also offers a PDF of LA County clinics and schedules.

In terms of protecting yourself from others, nipping that IV drug use is probably a good place to start. If you can't, then you'll need to get our own set of needles and stop sharing. Once that monkey is off your back, then it's sex you should be concerned about.

If you're going to have sex (and we know you are), you need to talk to your partner about their sexual history and their HIV status to gauge your own risk. Seriously. We get that it might be embarrassing, or awkward, or break the "moment", but it's your life and your health. We suggest having that conversation over a tofu scramble and coffee way before you decide to get intimate, so hormones don't alter the truth. How to broach such a difficult subject? It's very simple.

1. Get educated. The more you sound like a scientist with pure facts, the less embarrassing the overall experience is going to be.
2. Practice what you're going to stay before you have the conversation. Write yourself a script, and stick to it:

Hey, so, I was thinking we should have the conversation where we talk about our HIV status. Are you alright? Are you choking? No, it's OK. I'm fine. I think coffee will probably come out cashmere, but wow. You really spit that pretty far. Anyway, I'm not sure if you're aware that it's a global epidemic, but I'm trying to do my part to prevent the spread of HIV and AIDS, like wearing a condom every time I have sex. Please don't take that as an offense, it's just my thing. I mean, like, 60 million people have been infected. That's kind of a lot. So, yeah...I also get tested at least once a year, and my status is negative. When was the last time you were tested?

And if you're unsure of your partner, even a little bit, The Almighty Latex Condom is the name of the game. Every time. We'll say it again just in case you missed it: WEAR A CONDOM. It prevents HIV and the other litany of STDs making the rounds. And pregnancy, too! They're really quite handy, so keep them stashed wherever you think you're apt to get busy.