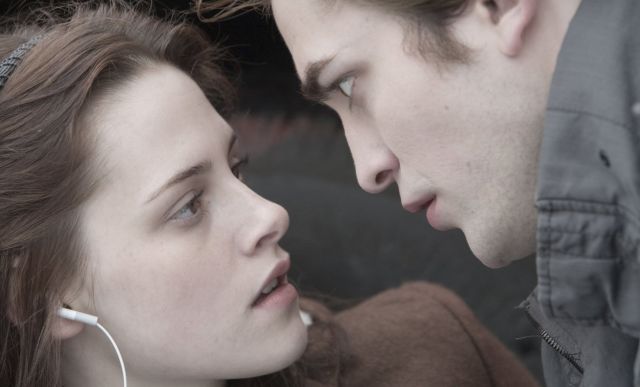 When you can live forever what do you live for? | Photo courtesy of Summit Entertainment

It's difficult to review a film that is so purposefully intended for an audience other than myself. With its focus on chaste and forbidden love, Twilight is clearly aimed at those young teenage girls for whom actual, physical love is still some spectral thing and for whom dizzying romance is all. From the first moment that Bella Swan's eyes settle upon those of the mysterious Edward Cullen, it's clear that there is only one point to this movie: plot be damned, Twilight is about a love that can neither be resisted nor explained.

The question then for such a film—the same question that similarly exists in films as diverse as Romeo and Juliet and Brokeback Mountain—is, "Do we believe in the mystical connection between these two people?" The answer, by and large, is yes. That's due mostly to the talent of the two leads. Twilight is a faithful adaptation of Stephanie Meyers' hit novel and one component of that fidelity is some sporadically clunky dialogue that strictly relies on the ability of the actors to pull it off. Do they? Yes. Well, mostly. 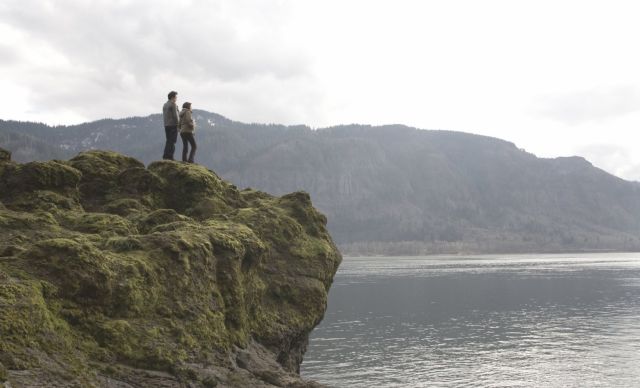 We stood grown quiet at the name of love. | Photo courtesy of Summit Entertainment

But back to the plot for a moment for those unfamiliar with Meyers' work--it's fairly straightforward and speeds quickly towards its conclusion. Bella moves to the rainy hamlet of Forks, Washington where she quickly notices the brooding Edward. He is seemingly inapproachable, mostly because he is impossibly pale, rich and beautiful. Their paths quickly intersect and, on first blush, Edward seems to detest Bella. Of course, it's the opposite that's true. He is actually bewitched by her and soon they are circling each other.

There is, however, one large obstacle to their romance: Edward is a vampire and there is no blood he craves so much as that of Bella's. Worse yet, there is another vampire who feels the same way. I won't reveal any more of the story than that. As I indicated earlier, the plot is really secondary to the relationship of the two young lovers anyway. One other note--the film conforms very closely to the narrative of the novel so fans of the book shouldn't be too disappointed by the typical changes and elisions that film adaptations require.

Some older viewers will giggle at the almost absurd seriousness of the declarations made by Bella and Edward to each other. Cineastes will certainly quibble with the direction of Catherine Hardwicke, particularly some visual effects scenes that could have been conceptualized and choreographed with a little more clarity and vigor. Overall, though, Twilight really does sort of...work. Sure, most of its story is firmly lodged in the realm of fantasy but it is a fantasy. If you can suspend your disbelief for a couple hours, you will probably enjoy this glimpse into the passionate world of youth. Who wouldn't want to spend time in that world?