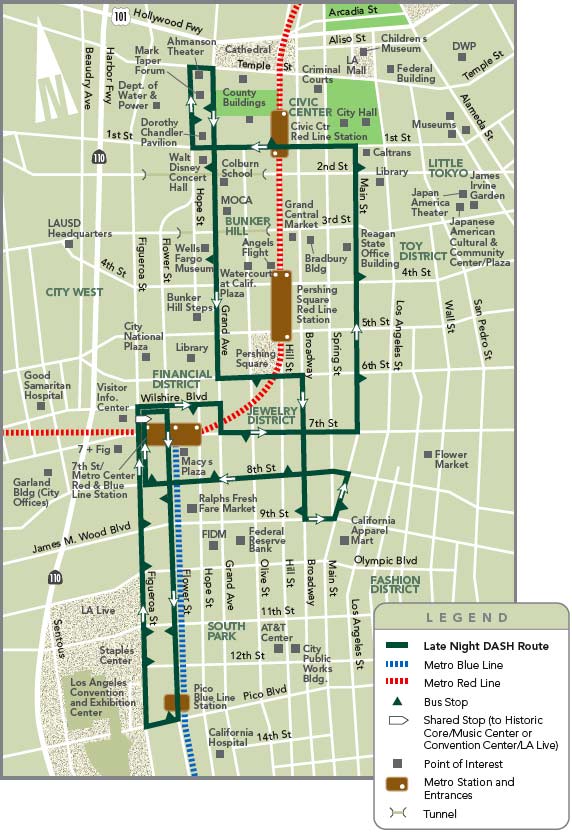 With much excitement, the six-week late-night Metro Red Line subway service begins tomorrow. Every Friday and Saturday night until the end of the year, you'll be able to ride the train until 3 a.m.

And not only that, the city announced this afternoon a free downtown DASH that will compliment the late-night Red Line service (map of route above). It will run from 6:30 p.m. to 3:00 a.m. on Friday and Saturday nights serving many parts of downtown and connecting with three Red Line and two Blue Line stations.

A lot of thanks for this coming true is due to blogger Eric Richardson at blogdowntown who pushed and worked with the city and other groups to make this happen. Richardson also mentions that another force behind the late-night service is Cedd Moses of 213. Show up to one of his bars with your Metro ticket and get a $1 off drinks at his bars: Golden Gopher, Broadway Bar, Seven Grand or the soon-to-open Cole's.