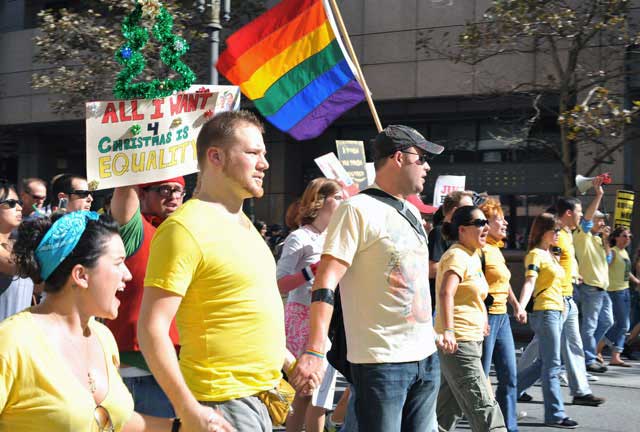 The California Supreme Court agreed yesterday to consider Prop 8 opponents' arguments on the validity of the proposition that banned gay marriage in California on November 4th (court motion in PDF here). However, the justices denied a stay that would have let county clerks resume issuing marriage license to gay couples until the case finished.

So what's next? Both sides must submit written arguments to the following questions, via the SacBee:

As hoped by many, the court will hear this case on an expedited schedule, which means... as early as March 2009.