Two arrests were made last night during the protest against the passing of Proposition 8, one of which was someone known to many online as "Panasonicyouth." The frequent LAist commenter and popular Buzznet user took advantage of the outreaching abilities of Twitter to narrate first his foray into the crowds outside LA's Mormon Temple and then his arrest along with friend and fellow Tweeter formerme. LAist's photog Tom Andrews captured images of Panasonicyouth and formerme's arrest. According to their Twitter feeds, the two men have since been released from jail, but still face charges: "@formerme and I were initially arrested for "unruly behavior" but it magically changed to battery on an officer," said Panasonicyouth this morning. 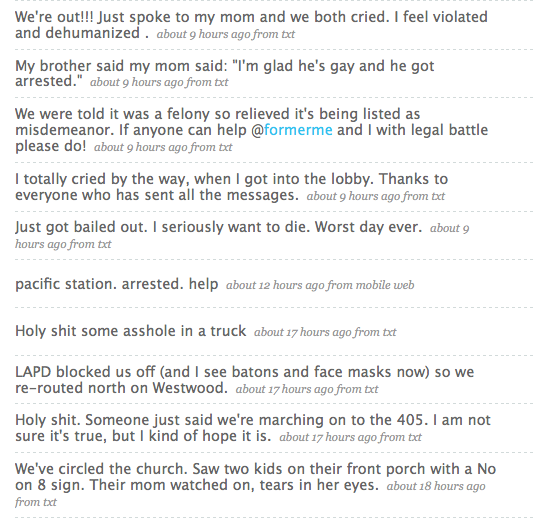