Hundreds of Prop 8 Opponents Rally at the Mormon Church 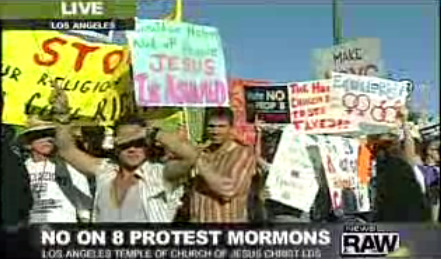 The site is soliciting donations to fight Proposition 8, which passed on Tuesday, effectively banning same sex marriage in California. The Church of Jesus Christ of Latter-Day Saints raised more than $15 million in support of passing the proposition, according to Jean.

Traffic is a mess in West LA with moving street closures between the 405 and Beverly Glen, Wilshire and Santa Monica Blvds.