LAist Guide to the Election: Proposition 11 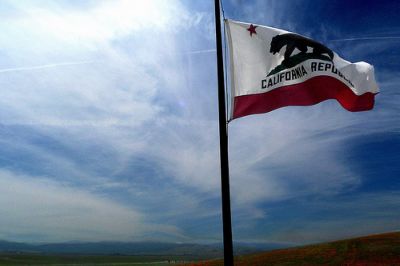 What is it? Prop 11 seeks to redraw the states' political boundaries that some have complained are too ridiculously drawn to all but ensure an incumbent will retain his seat. If it passes, Prop 11 would establish a 14 member commission to redraw the 120 districts in the state Assembly and Senate that would result in more competitive elections every two years, or so the hope goes.

Aren't districts already redrawn every so often? Yes. Every 10 years, the state Constitution calls on the Legislature to adjust the boundaries of districts used to elect public officials. The information used to redraw these districts are culled from information found in the federal census that counts where we live and who lives next to us.

What effect has the recount had on our voting districts? Everybody knows that California is a Democrat state. No Republican presidential candidate has won the state in 20 years years and of the 120 Assembly and Senate legislators in the state house, 73 are Democrats. That is to say nothing of our two (out of two) U.S. Senators and wide swath of Democratic congressional members and a governor that leans to the left and has been largely disowned by his Republican party.

But it wasn't always that way.

In the 1994 state Assembly election, Republicans took control of the legislature by a slim margin. But things changed years later and a local race, the 43rd Assembly District, exemplifies that perfectly.

Why?In 1994, Republican Jim Rogan carried the district of Burbank, Glendale and some LA cities. But a redistricting measure soon after ushered in generation's worth of Democratic legislators who included more liberal cities (Silver Lake, Los Feliz, etc.) in their new distric to muscle Republican contenders out of the race. That dominance should continue this year with the reelection of Democrat Paul Krekorian, who has barely had to campaign or spend money to retain his seat against his Republican opponent, Jane Barnett. Across the state, there is now a 99% reelection rate.

But, isn't that just a natural element of a liberal city in a liberal state exercising its right to vote Democrat? Maybe. But supporters of redistricting point to the current way our legislative boundaries are drawn. When it comes time to carve up the state's political borders, elected officials gather amongst themselves in Sacramento to decide what is “reasonably equal.”

Essentially, that is like asking Warren Buffett to devise a new tax structure that would more equitably redistribute (his) wealth throughout the country. Why would a politician, whose governance is almost solely reliant on his ability to retain power, redraw himself out of power?

So, how would Proposition 11 change things? The responsibility for redrawing districts would be shucked from legislators to a 14-member commission made up of 5 registered Democrats, 5 registered Republicans and 4 others from smaller political parties. The hope is that a bi-partisan commission would be more politically independent than politicians who may have their vested interest at heart.

What protections do we have that the commissioners will not be political lackeys? Written into the ballot measure are three stipulations meant to ensure some sort of political independence from elected officials.

Prospective commissioners must not:


So, how would redistricting change? Commission members would have to hold public hearings and accept public comments while developing a redistricting plan. To approve a plan, the commission would need at least 9 yes votes, including at least 3 yes votes each from members registered with the Democratic or Republican parties. Once the commission approves a plan, it would be in effect for the next decade. The process would be repeated each decade with a new 14-member commission for each future redistricting.

Will the state incur any extra costs? The measure could run more than $1 million more than what we currently spend on redistricting measures each decade. While some say that is a heavy sum to pay in today' fiscally tight climate, others contend it is a small price to pay for Democracy.

Besides money, what are some the downsides? Some have complained that the 14-member, non elected panel, would not be held accountable by voters; a haughty proposition for a measure that claims to fix Democracy. Others have said that establishing the commission sets up another bureaucratic circle in Sacramento -- unneeded considering we already pay the Legislature to do that job.


"Proposition 11 gives too much power to unelected commissioners who are appointed by state bureaucrats and not accountable to the pubic," Sen. Barbara Boxer wrote. "And...there are no guarantees that the commissioners will be representative of our diverse and dynamic state." [No on 11]

What's the counter argument? The yes on 11 groups contend that opposition from Boxer and others (including Republicans) is unsurprising considering their political vantage point.

"Year after year, gridlock prevents our state lawmakers from effectively addressing our most pressing issues such as the state budget, health care, education, the impending water crisis, and the environment," the Yes on 11 campaign wrote. "Contributing to this ongoing problem is the fact that legislators currently draw their district lines to guarantee their re-election and are not accountable to voters. Proposition 11 will change this."

Who supports the measure? A broad range of coalitions, including the AARP, the League of Women Voters and a host of chamber groups. There are also a slew of high profile Republicans that have lent monetary support to the passage of Prop 11, such as former eBay CEO and McCain advisor Meg Whitman and state Insurance Commissioner Steve Poizner.

Where does it stand now? Support for the measure seems to be gaining, but voters are apparently skeptical of the independent commission Prop 11 would establish, the Public Policy Institute of California recently found.

By a 41 percent to 34 percent margin, voters surveyed expressed support for Prop 11, up from a September poll in which the margin of support was just 5 points.

"The Republic of California" by Ross Reyes via LAist Featured Photos Pool on Flickr. Yes on 11 and No on 11 banners via their respective websites.