What's the Final Word on Videoing Your Vote? 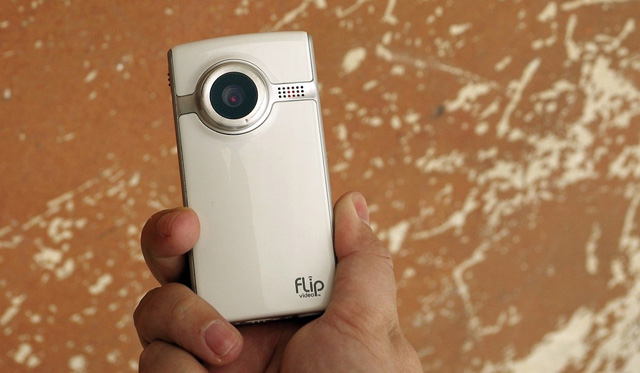 There will be two national voting documentation projects going on during Election Day. Veteran LAist readers may remember one of these groups, Video the Vote, who we teamed up with on Super Tuesday last February to interview Dharma and Greg actor Mimi Kennedy. The second project is the New York Times' Polling Place Photo Project where readers can submit photos of their experience, good or bad.

Both projects acknowledge that states have different laws regarding filming and photographing inside a polling place, but that doesn't mean participants will follow regulations or even be aware of them. And in LA County, what is the law? "We actually are going to be consistent with the Secretary of State's memo," LA County Registrar-Recorder Dean Logan told LAist over the phone.

Logan is referring to a memo sent to Counties on Monday (download the PDF in full here). "The Secretary of State's Office has historically taken the position that the use of cameras or video equipment at polling places is prohibited," wrote Elections Division Chief Cathy Mitchell. "Though there may be circumstances where election officials could permit such use. For example, if a credentialed media organization wants to photograph or film a candidate voting at a polling place, this is something you may permit, provided you ensure such activity does not interfere with voting, is not intimidating to any voters or election workers, and that privacy of voters is not compromised."

A further law (18540) in the state's election code prohibits coercing voters to refrain from voting, forcing someone to vote or to vote a certain way. Another law (18541) states that certain actions, including photographing/video taping/recording people entering and exiting a polling place, are verboten within 100 feet of a polling place if the intent is to dissuade them from voting.

The moral of the story? Be considerate and respect other people's rights. If there are no voting shenanigans going on, the best course of action may be by explaining what you're doing to your polling place workers before you flip the switch on your device. If things are sketchy, you might have go hidden camera style and pull a Joel Grover.