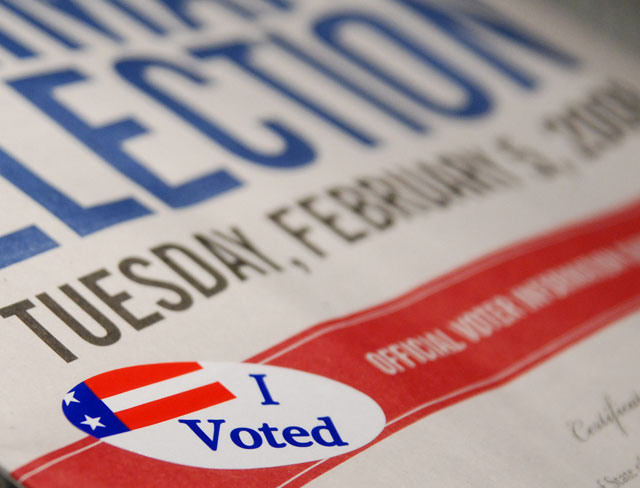 An estimated 4.2 million of the nearly 10 million residents in Los Angeles County are now registered to vote. On Monday alone, which was the last day to register to vote, almost 20,000 people took part. "The county has already issued 803,122 vote by mail ballots and more than 3,500 voters have visited the Registrar's office in Norwalk to cast early ballots for the presidential election," the Daily News finds.

But why can't there be more early voting locations? Why just Norwalk, an LAist reader asked earlier this week.

If you remember, LA County used to have those early voting touch screen machines, but after the Secretary of State's new regulations forcing 100% of results to be manually counted, the county found that too unfeasible to do with current resources. And if the county were to deploy more early voting locations using a paper based system, ballot security and ballot styles become an issue, LA County's Registrar-Recorder/County Clerk Dean Logan told LAist.

In this election, there are 706 different variations, or styles, of the ballot. Depending on where you live, your ballot will carry different local measures and elected officials. With that many styles, imagine the resources and security needed to manage that. So until this is figured out in future years, which Logan says they will consider in the future, you're options will stay with vote by mail, early voting in Norwalk (.pdf) or waiting until Election Day.