Elliott Smith and the Big Nothing 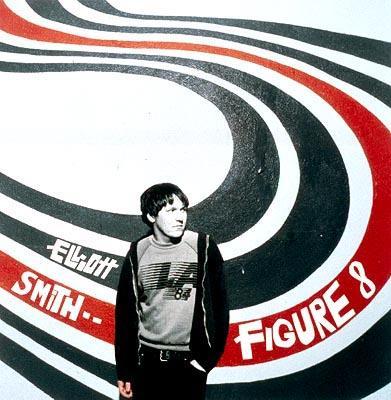 Five years ago today, on October 21, 2003, Elliott Smith died. The intentions behind his death still not been confirmed, but some time that day, Elliott met the Big Nothing.

Born Steven Paul Smith in Omaha, Nebraska, he grew up in Texas and Oregon. In high school, he began calling himself, "Elliott" as he felt that Steven was too "jock-like." The changing of his name was a pattern that he repeated throughout his life. He would assume the appearance of something and then he would become it. For instance, long before he became a drug addict, he wrote songs about being a drug addict. Before his death, he wrote many songs about committing suicide.

He was always musical, even writing songs when he was a child. In high school, he was in his first band, Stranger than Fiction. Later, he was in the band Heatmiser with his friend Neil Gust. During this time, he held a number of odd jobs including being a baker and a chimney sweep. Though Heatmiser became moderately successful, he felt creatively unfulfilled by the work -- feeling that he was playing music he didn't even like. His dissatisfaction brought an end to the band. 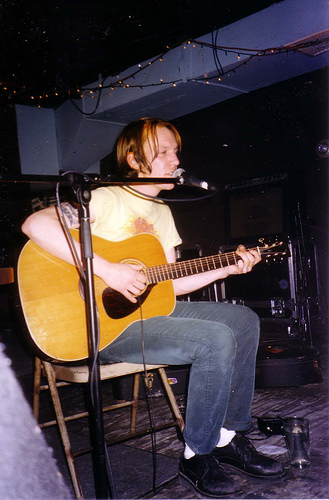 He released his first solo album, Roman Candle, in 1994. In 1998, his song, "Miss Misery" from Good Will Hunting nominated for an Oscar. He appeared in the awards telecast, and was mocked for his performance and his white suit.

Subsequently, he released albums, and grappled with his higher profile, his problems with drugs and depression. In 2002, he went to someplace called the Neurotransmitter Restoration Center to receive a treatment involving IV bags of saline solution and amino acids to cleanse his system (this treatment has not been approved by the FDA.)

Elliott Smith had a tattoo of Ferdinand the Bull (from a popular children's book about a bull who, rather than fight, enjoyed sitting on a hillside, smelling the flowers), a symbol to him, of someone who wanted to live outside the expectations of the world. It was an admirable desire, even if it wasn't so easily accomplished. It endeared him to Indie kids all over the world, but especially those in his newly adopted home, Echo Park, an up and coming neighborhood near the hipster enclaves of Los Feliz and Silver Lake.

In 2003, Elliott Smith was clean and ramping up to the release of his next album. In his last interview, he seemed cheerful and upbeat. A couple of accounts of his last shows were that he was not only lacking (Elliott Smith shows were always feast or famine; sometimes they were transcendent, other times he muttered and forgot lyrics, played chords with a ham-fist) but that he seemed vague and distracted, like he wasn't quite there anymore. 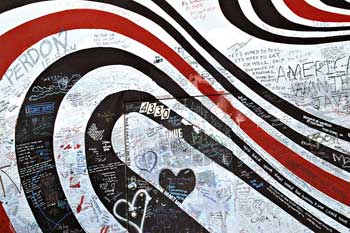 On October 21, 2003, Elliot's live-in girlfriend, Jennifer Chiba, emerged from the shower of their Echo Park home when she heard Elliott scream, found him in the kitchen with two stab wounds to the chest. She pulled the knife out and called 911. Initial findings indicated suicide, but there were no hesitation marks and there were tiny cuts on his hands that could be construed as defensive wounds. When the coroner refused to call it a suicide, Chiba stopped talking about the circumstances surrounding his death. The case is not yet closed.

We may never know which demons plagued Elliott Smith in the last moments of his life, but he left us with a treasure trove of dreamy, sad music, a rich legacy to a world he seemed to have such difficulty navigating.

We remember you, Elliott Smith.

Go to the Figure 8 Wall, where fans can pay their respects.
4334 Sunset Blvd., Los Angeles, California.