Tart: Breakfast for the Well-Heeled Hussy 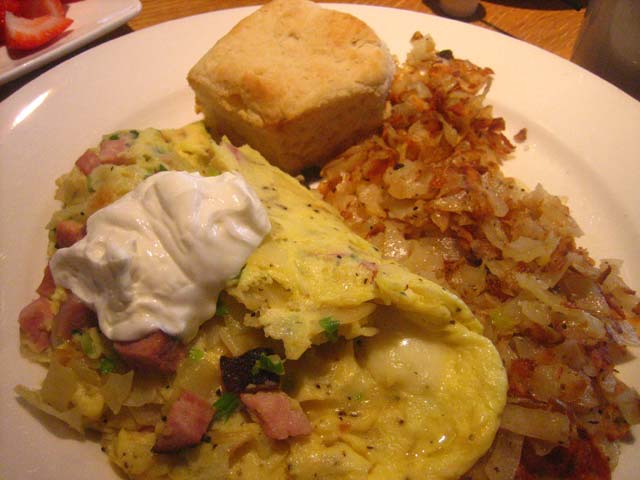 Recently Tart, the restaurant that's a part of the Farmer's Daughter Hotel, underwent a menu revamp, and LAist was on hand to check out some of the new bites. Not long after, when the urge to indulge in a breakfast more meaningful than a packet of instant oatmeal came up, it was over to Tart we went to check out their morning offerings. 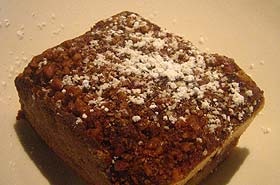 Tart's kitschy slogan is: "Cookin'—The Oldest Profession" so it's no surprise their menu is fairly traditional with some clever twists on breakfast standards and favorites. We wanted a bit of sweet and a bit of savory, so we ordered up the intriguing Twice Baked Potato Omelet (with shredded potatoes, spring onions, cured ham, aged cheddar, and sour cream) and the French Toast (brioche with strawberries and powdered sugar). To get things going wile we sipped our morning brew we sampled the Warm Walnut Sour Cream Coffee Cake, which was, as promised, served warm. It was surprisingly light and crumbly, and the sweetness pleasantly curbed by the walnut and sour cream's gentle bite.

It was very pleasant to sit back and relax and enjoy the inviting atmosphere. Tart offers indoor seating as well as an outdoor patio, and on this overcast morning we opted for a cozy inside table. For our breakfast experience we had the added bonus of being there for one of those "oh, only in LA" kinds of moments when we realized that the patio was being prepped for the imminent arrival of a pseudo-celeb and her raison d'etre camera crew, aka Heidi Montag of The Hills. It seemed our omelet would be arriving not only with a side of hash browns, but also a side of a slice of faux-reality life. 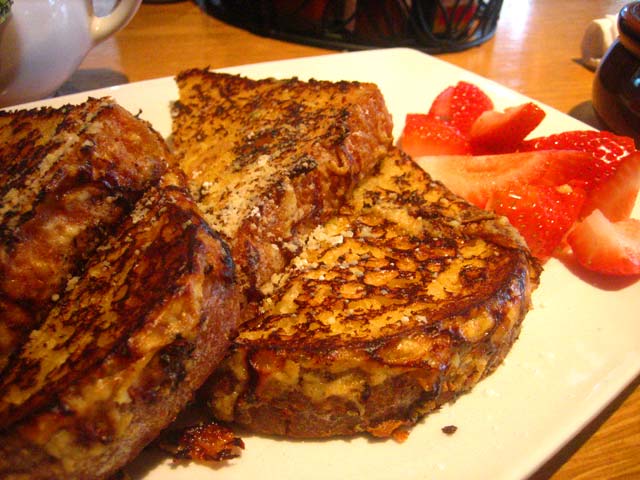 Speaking of the omelet, it was very tasty. The potatoes did not overpower the palate with heft or grease, and the baked potato toppings turned omelet fillings balanced things out with their saltiness and creaminess. It was a bit much to have the potatoes as an accompaniment as well, and if we were to do that dish again we'd try to swap out the extra spuds for some fruit. The French Toast was good, although not great--the brioche was sliced a bit too too thinly to really take advantage of the indulgence that a slice of brioche really represents, but it was nicely cooked and the fresh strawberries added a welcome sparkle to the dish.

We opted to linger longer than perhaps we might normally--let's call it a toss between wanting to really kick back and enjoy a leisurely breakfast and a perverse desire to stick around to see how a "scene" from The Hills goes down. 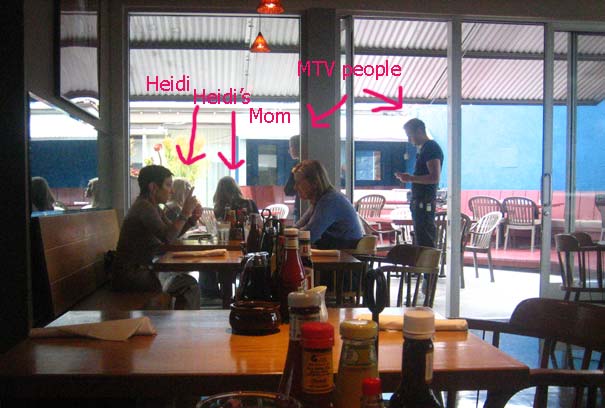 (It turns out it goes down as follows: Producers arrive, brief the staff, move furniture around, look at their watches and make phone calls for about 45 minutes. Characters--in this case Heidi and her mom--show up, stand around outside for ten minutes, come inside, sit around for another 10 minutes before they can actually go back outside and pretend to walk in and pretend to sit down and pretend to have a meal. Editors insert the scene filmed in September into an episode clearly set earlier in the summer. MTV laughs.)

In any case, Tart was a nice place to linger, and place we'll happily hit up again--only this time without the extra potatoes or the extra, well, television "tart." 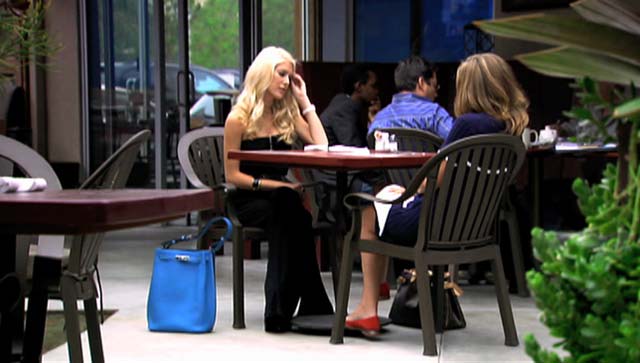