UCLA Undie Run Could Go Under 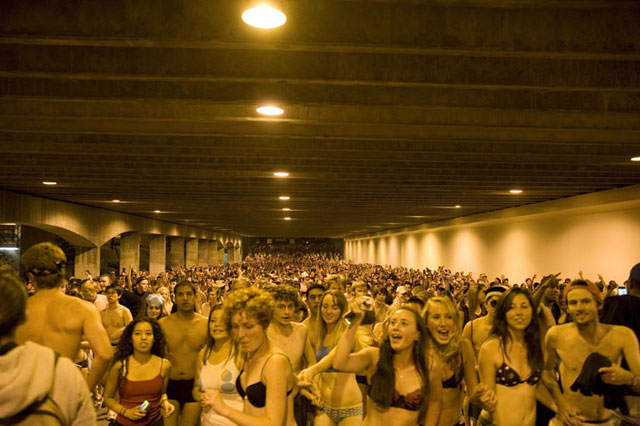 Ways for the student body at UCLA to relieve stress during finals week might get harder this year. The university's administration may not let the UCLA Undie go on at the end of each quarter, citing high costs for security and damages and concern that many who run are from other colleges including USC. From a Daily Bruin editorial:

The administration has said that Undie Run cannot continue the way it is currently organized: 3,000 to 7,000 people running through campus on the Wednesday night of finals week. The main concern is that a sizeable portion of the participants each quarter are not even UCLA students. Many come from community colleges or other four-year universities, including USC.

The other issue is the thousands of dollars UCLA usually has to pay for security and also to repair areas such as the Shapiro Fountain and Powell Library. These costs add up quickly: up to $75,000 per quarter. That amount three times a year is not exactly a cost UCLA can absorb without question.

The opinion piece by the paper's editorial board urges "constructive changes" to let the event go on. Just in case it doesn't, it's well documented here.