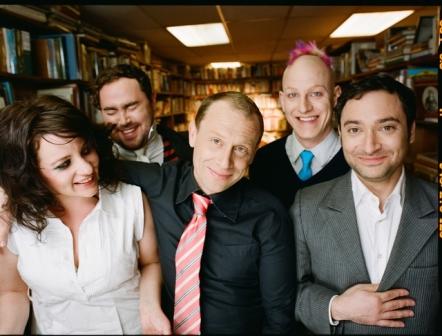 With the remarkable infusion of whimsical melodies and cutting lyrics, Stars has created a long history of fiercely bright pop. The kind of pop songs that lift you up with the beauty of their melodies and then crushes your heart with the tortured elegance that leaves you hungry for more. Touring to support their latest EP, Sad Robots, Stars frontman, Torquil Campbell was kind enough to grant an interview with the LAist from Oklahoma City.

I saw you guys in Ottawa a couple years ago at Winterlude, you played a free outdoor concert. It was freezing! It was around 20 below zero. I remember the trumpet froze. What made you agree to perform at that concert?

TC: The trumpet was completely useless! That was a legendary show. I believe our coldest ever. Once we played a show in Halifax and it poured for two hours. But you know once you’re wet, you’re wet. And the kids had a great time.

But how did they get you to agree to play in Ottawa in February at 10:00pm? I mean the sun wasn’t even up.

TC: They offered us a lot of money. (laughs). I mean if you’re going to wait for nice weather in Ottawa, you're going to be waiting a long time.

Where did the name Sad Robots come from? Why robots?

TC: It was really inspired by Patty our drummer. He said wanted to play drums like a sad robot. We thought that was beautiful, so we stuck with it.

Why did you choose to sing Sad Robots in French?

TC: I dunno. I think Amy’s wanted to do a song in French for a long time. It sounds it bit a more alien that way. Less familiar.

14 Forever, a song off your new EP, is absolutely lovely. Is it based on a true life event?

TC: I guess it's a riff on Rubber Ring by the Smiths. Just the idea that there’s this strange dichotomy between the rock stars and their fans. Rock n' roll is this profession where you try and preserve yourself in amber. You know, to keep the moment when your friendships mean everything. Between the ages of around 18-24 they mean everything and then you graduate and move on. You can lose touch with these people that you thought you could change the world with. This song is about trying to preserve that feeling. Very Petrarchan in a way or very Shakespearean, the idea of trying to transcend time. You know the whole, theme of "I own you forever. Your flesh will die, my flesh will die but this song will live on and immortalize us." 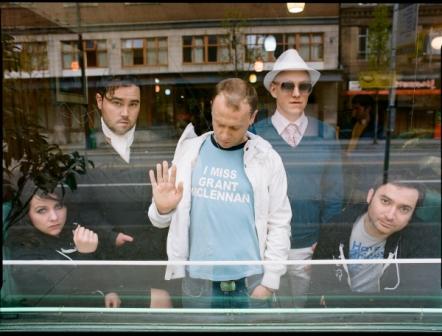 A lot of your songs are about the nuances of a break up, is that easy for you?

TC. You know, the Devil is in the details. You can accomplish a lot by saying what the time was, what day it was, what the light was like. We remember a lot of things by senses. We use the sense as the short hand. The details that comes more richly. The oddest thing about being heartbroken is that time slows down. Across the street there is ice cream truck or a jeep with its top down, or wind in the breeze, you would think that time would stop for your misery, but it doesn't. That feeling is conveyed best when you add the details. Unless your Marvin Gaye and you have a voice that convey everything in simple words. But we don't, so we have to approach it differently.

Is it easier to write a song about being in love or being heartbroken?

TC: Oh, it’s much easier to write songs about being heartbroken. I never usually write songs about myself. Tolstoy wrote that writing about happiness is the hardest thing. Keep it to yourself if its happy. Bob Marley was good at it, but he was a genius.

Is your band more of a democracy or a dictatorship?

TC: It's a very democratic process at this point. It's usually five of us in a room somewhere. The music usually informs and inspires our lyrics. But you know we've been together so long, everyone has their own fiefdom, their own domain. Their own line that you cannot cross.

What is the thing you hate about being on tour?

Doesn't she go on tour with you?

TC: No, she can't. She’s an actor. She’s doing always doing plays and stuff in Montreal.

There must be some good things.

TC: Oh yeah, I love playing the shows and meeting the really nice people. It's really life affirming thing that in every town everything starts out strange, but you always leave with friends.You get this sense that you could live anywhere in the world and you’d find a group of friends. The great possibility of rock n’ roll is that it is a connector between peoples.

What is the weirdest thing you saw on stage?

TC: We played a show once at this Canadian university. It was the last day of school and everyone was celebrating. Five thousand kids were there to see us, and another five thousand had no idea who we were . It was crazy. They were partying like they do in the girls gone wild. I mean our music usually doesn't provoke this kind of reaction. They were slam dancinng and crowd surfing to Stars! I mean, slam dancing in 2008, in my book, seems very strange. I thought that phenomenon was very 1994. 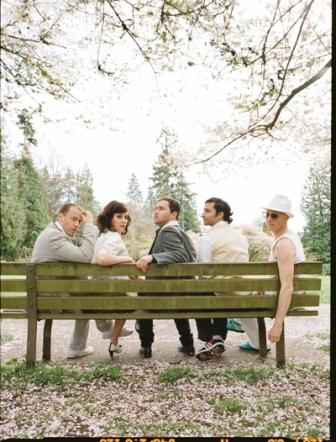 Do you like being in the studio more or on stage?

TC: Hard to say. The studio is a very free and playful place. It’s a very hopeful place because you’re all together. But you don’t feel the completion of the music until you play it in front of someone. But playing shows makes it all worth while. You're able to really communicate with people and see what works and what doesn't.

You guys have all been together a long time, do you ever go crazy being stuck together all day long?

Do you guys have periods where you don’t talk to one another?

TC: Well I’m a talkative motherfucker, so I don't. (laughs) But, Chris doesn’t speak to me for months at a time. He can barely stand me at this point. He probably just wants me to go away. But I’m not going to. I’m going to keep annoying him forever.

You’ve described yourself in the past as a music fan, not really a musician. After four albums and two EPs, do you think that’s still true?

TC: I think I’ve moved more towards becoming a musician during the course of the year. I’ve forced myself to become one. But I'm still just a bad musician with good taste. Compared to the other pieces of the band, my technological knowledge is rudimentary. I’ve listened to more records then the rest of them, maybe. I can better articulate why something works and something doesn't. They think of it as a process to get to a certain point. I see it as a hall of mirrors. But it's the fusion of these different attitudes toward music that make our band work.

You usually share vocal duties with Amy Millan. How do you decide who’s going to sing the lead for each song? Do you switch off or is there a fight over who gets to sing?

TC: Usually I’ll either know whether it’s going to be me or Amy or me and Amy. Half the time I write songs for Amy’s voice. She can tell stories my voice can’t. The tone of the song dictates what would be best for it. Sometimes it's me, sometimes it's better with Amy. Although, I usually end up singing really dark fucking things.

Do you write about personal experiences?

TC: No, most of the songs I write are not about me. I have a stock company of actors in my head. I write for them. They are not real. I have a list of drug dealers, pimps, perverts, serial killers, lost souls. I write for them. They are just a group of characters that belong to a world inside my head that I could never explain. You know, the best thing about people is their imaginations. 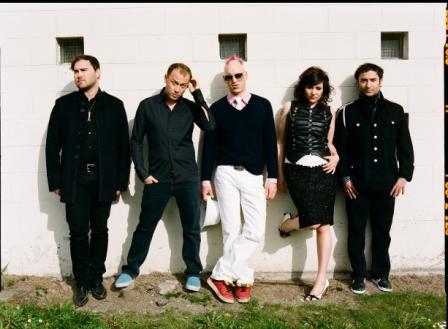 Are there any young groups from Montreal that you’ve seen lately that you really like? It seems like the wave of amazing indie rock bands from that city has slowed a little.

TC: No, no, it's just the hype about Montreal that has slowed down. The band that is playing with us, Think About Life, are fucking incredible. Martin is a genius, I think, and a future rock star. There has always has been a great music scene in Montreal and there always will be. You know, a scene can happen anywhere. All you need is cheap rent and places for people to jam. In big cities, like LA, trying to get to gather and form a band is a hard thing. But in Montreal you can rent a space for $200 a month. So musicians will go there. Montreal is a a fertile place for art.

Some of your songs seem to flirt with being political. “He Lied About Death” for example. Do you think rock stars have a responsibility to voice their politics?

TC: No, artists have no responsibility, whatsoever. I think there is no responsibility for an artist period. As long as you create something true and wonderful, you're doing well. Artists should be as clear and as focused as you can in their work.

When can we expect the next full album?

TC: We're going to tour until middle of January. Hopefully we'll be back in the studio relatively quickly after that in March. So guess it will be out next year.

Well, you don’t want to rush these things.

TC: That’s what my band thinks. But I want to rush things. I want to create things all the time. If it was up to me we would be producing things much quicker. I think the balance between the two is important.

The Stars are playing at the Avalon at 8:00. Catch them, if you can!