No One Grows up Dreaming of Getting 'Domestic Partnered' 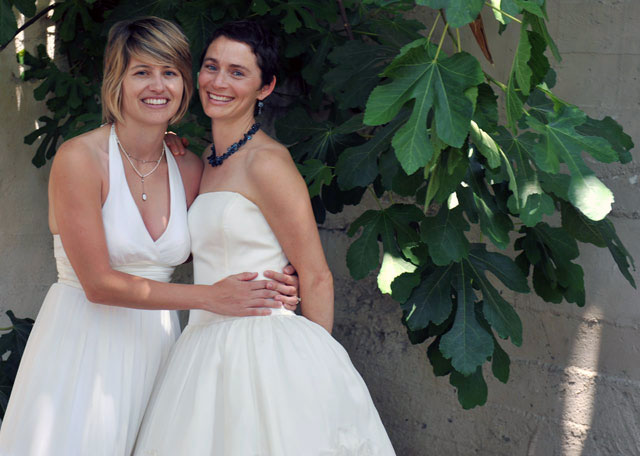 The Yes on 8/Protect Marriage campaign that wishes to see Proposition 8 (eliminates same sex marriage) succeed began to put out facts regarding marriage. "From now until November 4 we will be providing you facts and/or talking points to be used in spreading the word about the importance of voting YES on Proposition 8," their e-mail newsletter said. Their first fact is this:

Prop. 8 is About Preserving Marriage; It’s Not an Attack on the Gay Lifestyle. Proposition 8 doesn’t take away any rights or benefits from gays or lesbians in domestic partnerships. Under California law, “domestic partners shall have the same rights, protections and benefits” as married spouses. (Family Code §297.5.) There are no exceptions. Proposition 8 will not change this.

But how true is that? We asked No on Prop 8 campaign manager Campaign Manager Dale Kelly Bankhead, who we quoted for the headline of this post. "There are significant legal differences between domestic partnerships and marriage. For example, public employees cannot obtain long-term health care benefits for their domestic partners, whereas they can do so for spouses," Bankhead explained in an e-mail.

"In our society, domestic partners are not treated with the same automatic recognition and respect as legally married spouses," he continued. "For example, in medical emergencies, it is not at all uncommon for the attending staff to deny a domestic partner the same recognition as a spouse. They may refuse to allow partners to ride in an ambulance or be in the emergency room with their injured or ill loved one, or to make crucial life or death decisions for them. Part of the protection marriage provides is that everyone automatically understands and knows what it means to be married. In contrast, many people do not know or understand what it means to be in a domestic partnership."

Campaigns are a war of words and presentation. Who do you believe?