McCain Loves North Hollywood So Much... 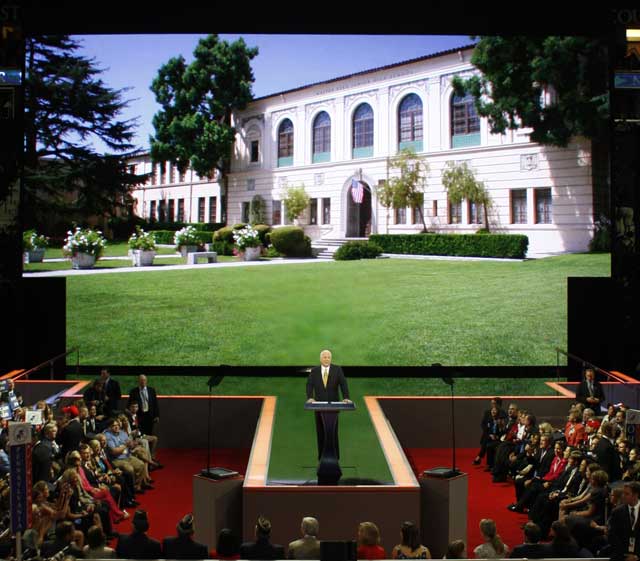 Were you also watching Grandpa McCain's speech last night wondering, what the hell is my middle school doing on a huge screen at the RNC during the coronation of their party's leader? I read my Walter Reed Middle School gazette like the rest of ya'all. How come no one told me that our school was going to be splayed behind McCain during one of his biggest speeches?

It sounds like the most plausible reason for how North Hollywood made its way into John McCain's big speech...unless he loves the San Fernando Valley that much. In any event, school officials are pissed and news of the flub has already made its way to their Wikipedia page, so now you know it's real.

Incidentally, the school's facade does look like a huge mansion, perhaps not too dissimilar from one of McCain's houses.