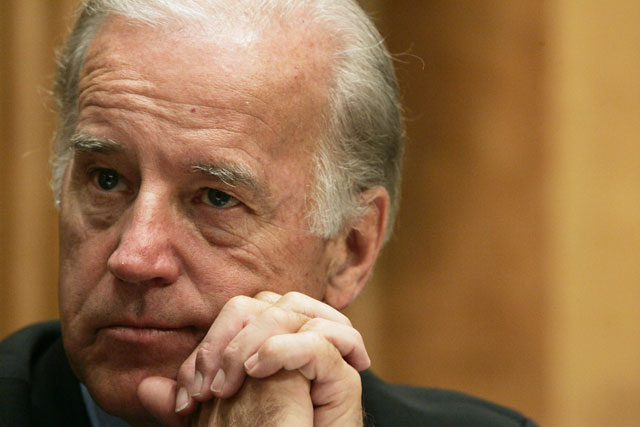 At 9:50 p.m. I looked at my phone and saw a text message waiting to unveil itself. It was a Friday night and speculation had been swirling like Fay for a week about Obama's partner in crime. Back on Aug. 11, Obama had assured us — his supporters that turned over emails and phone numbers — that we would be the first ones to know "the moment Barack makes his decision."*

But in the end, it was a Breaking News alert from CNN and AP citing anonymous sources that Biden was it. Minutes earlier, ABC News told us the Secret Service was heading over to Biden's house and the bubble had just about burst.

It's impossible to keep a secret these days, what with the resources major media companies gladly expend on breaking stories and the multitude of avenues to dispense news as it happens. It was nice to think Obama at least said he wanted to keep the secret from the MSM until his supporters knew, but even the Agent of Change can't transform the ravenous news machine.

So it is Biden and let the spin begin. Those on the right will attack the Delaware Senator for being too liberal; they will point out how loose lipped he is (In 2006, on the influx of Indian-Americans to Delaware: "You cannot go to a 7-Eleven or a Dunkin' Donuts unless you have a slight Indian accent. I'm not joking."); that he is a plagiarizer, has a temper and so on.

But Biden is the smartest pick for 5 reasons:

Just as there is no perfect presidential candidate, there is no vice presidential pick that will please all. Certainly, Biden has his faults and could spell doom on the campaign trail if he does not keep his, um, passion under wraps. But after failing to secure his party's bid for the nomination twice, Biden should have his eye on the prize. In picking Biden, Obama now has a passionate, willing and strong choice for his second-in-command.

*Update At 1:43 a.m., nearly four hours after major media outlets had the news, Barack Obama sent an email to supporters: "I have some important news that I want to make official. I've chosen Joe Biden to be my running mate."

The two are scheduled to appear for the first time as running mates later today in Springfield, Ill. -- the site where Obama kicked off his campaign more than 19 months ago.