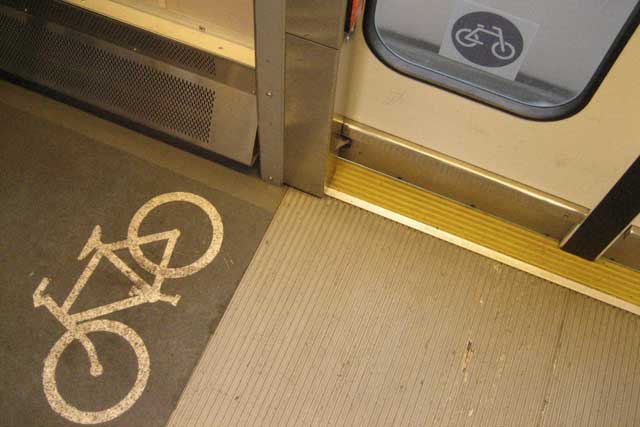 In Portland, there's a designated vertical hanging space for bicycles easily found by a sticker on the train door's window (more bicycle ideas from Portland here). | Photo by Zach Behrens/LAist

With the higher gas prices came the increased usage of bicycles this summer. Whether it was driver vs cyclist or police against cyclist, the battle for street space continues. Most recently, the Daily News reports on bicycles fighting for space on the Orange Line racks and on rail like the Red Line. Sue Doyle's excellent report presents many problems, some with solutions (some of which that are ours), some not: