LAist Interview: Jonathan Evison, author of All About Lulu 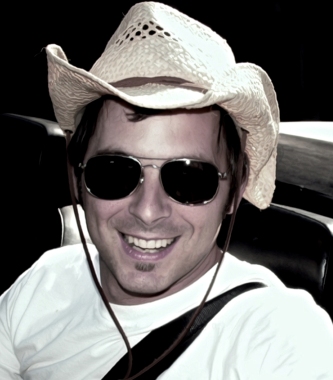 Former Angeleno Jonathan Evison is in town this week to read from and sign his debut novel, All About Lulu. It is a that novel examines the quirky world of Venice beach bodybuilding, the life of a talented DJ, the mess families can make without even trying, a love found and then lost, and so much more. There are moments of great tenderness, of gaping sadness, and then, out of nowhere, moments of such recklessness and silliness you'll laugh out loud. Evison will be at Skylight Books tomorrow night at 7:30pm. There will be beer, there will be jello shots, there will be a hot dog cake. How can you resist?

It is clear from your book that you possess more knowledge about the Venice bodybuilding scene than most people – although you are not a body-builder yourself. What real-life experiences gave you such insight and have your views on it changed since you wrote the book? I grew up around gyms. My old man was a competitive bodybuilder, and one of my brothers also competed, and is still a gym rat. I’ve always thought bodybuilding was a very apt vehicle to explore the idea of self-improvement. If my views have changed recently with regard to the possibilities of bodybuilding, it is only in relation to the alarming rate of growth my man-boobs have undergone the last couple of years. I’ve started doing flies and push-ups to firm them up, so I don’t look like a lactating gorilla.

Will, your protagonist, is a radio DJ. You have been a radio DJ. Will spends a lot of time listening to radio voices and how they sway their audience, or soothe them, or fire them up. What are the best and worst parts of the gig and how closely does the character DJ resemble you as a DJ? Any DJs you currently admire for their wooing skills? The worst part of talk radio for me, was the insistence of management to try an mold me into a demographically apropos commodity, rather than allowing me to play to my own strengths. I was doing “hot talk” and “radio for guys,” and my producers were always trying to get me to call female callers “chicks” and ask them if they were hot, and do all kinds of stupid shit with strippers and the like. In short, they wanted me to be obvious. I’ve no interest in that kind of thing. And so I fought them hard.

I’d ask guy callers if they were hot. Instead of strippers, I’d have truck drivers in the studio engaging in such erotica as banana swallowing contests. It drove management bonkers. The more they tried to reign me in, the more I pushed back. When they boxed me in to the point where I was uncomfortable, I simply walked away. I wanted to write books, anyway. Probably the biggest similarity between Will and I, is that our radio careers fell into our laps. I ended up in radio because the tape deck in my car was busted. A sports station in Seattle was having a contest to win a show. I thought, shit, I can do that. So, I sent in a tape, won the contest, and the next thing I knew I was doing weekends in a major market.

Any DJs you currently admire for their wooing skills? I don’t listen to much radio, anymore. Sometimes I listen to my friend BJ Shea’s show, and my friend Tony Dushane, and I love the way Dave Neihaus calls a ballgame. Beyond that, I’d rather just listen to music or my thoughts.

What music are you currently into and has DJ-ing ever put you off a band or a musical movement? I was never a disc spinner, I just talked. And talked. And talked. My musical tastes are very eclectic. Today alone, I listened to Fugazi, Steve Earle, The Boswell Sisters, and Curtis Mayfield. 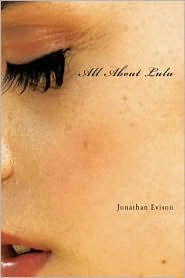 You expertly depict the intensity and quirkiness of families and how long-held secrets and a total lack of communication can wreak havoc for all involved. While the Millers in your book have their own unique set of problems, you have tapped into a very universal truth about what it means to be part of a family even though tensions are often high and relationships may be strained for years. What did you want to say about these types of relationships and how they shape you as you move forward in life? I think one of the most valuable things that family dynamics can teach us is acceptance. I came from a family every bit as big and colorful and idiosyncratic as the Millers. I’m nothing like my siblings or my parents in terms of personality, but because we’ve all been forged by the same tragedies and difficulties (regardless of how differently we have distilled and processed them individually), we share a bond that is fundamentally stronger than the bonds of most human relationships. In his younger years, William feels estranged from his family, but as he matures, he begins to see his own experience reflected in the lives of his family, and comes to accept that he is not estranged at all, but rather very much one of them.

You deal directly with the stuff of dreams – with following your dreams, working hard to reach them and the fallout that inevitably comes if you fail to meet them. You also explore the importance of the very notion of dreams and trying to realize those dreams no matter how silly or far-fetched they may seem to others. These themes are examined in a lovely series of scenes in the desert near the giant concrete dinosaurs just outside Palm Springs. The fantastic, determined ambition of the man who created the giant structures - so that children could play on them and be just as awed by their size as he was when he was little – seems to be a direct comment on your ideas about dreams and ambitions and perserverance. What drew you to these ideas? And, of course, what fascinates you about these particular desert giants? Dreams are big stuff. I’ve been dragging my bumper around for years with no dental insurance trying to write stuff people would read. So, now they’re reading it, which is great, but what I’ve come to realize is that failure or success really doesn’t mean squat in the long run, it’s all about doing the thing that floats your boat. For me, that’s taking the stuff of life and distilling it into something that makes sense, and enriches the experience of being, whether or not anyone reads it. I feel so damn lucky just to have writing, that I now realize I’ve been living the dream all along. My life is so much the richer by just doing the work. If I can subsidize a new pair of shoes or a house by writing, that’s great, but it’s the writing that’s the dream, not the other stuff. I think everybody should have a dream, and I think they should feel lucky to have it, and never ever give up on it. What fascinates me about the dinosaurs of Cabazon, is the same thing that captured Lulu’s imagination. It’s a lovely dream, because it’s nobody else’s.

What books and/or authors capture quintessential LA, in your view? Nathaniel West and John Fante are quintessentially L.A. to me, but I’m sure there’s a ton of highly relevant stuff produced in the last sixty years that I know nothing about.

What larger than life Los Angeles world – apart from body building – fascinates you? Not so much a specific sub-culture as the cumulative effect of a thousand sub-cultures. I’m inspired by the sheer volume of people. The incredible diversity of all those lives. I can people watch for hours on end in Los Angeles, in almost any neighborhood.

When in Los Angeles, what is your favorite thing to do? Drink beer, and not drive.

Evison's work had appeared in the Portland Review, Orchid, Knock, Opium, Quick Fiction, and other journals. All About Lulu is his first novel. He has worked as a syndicated talk radio host, a rotten tomato sorter, a telemarketer, and a script doctor. He is the founder and moderator of the FICTION FILES, a very cool forum for literary discussion that Evison himself has deemed a "literary love-in". Go check it out and enjoy.