The Problem with the Olympics Broadcast 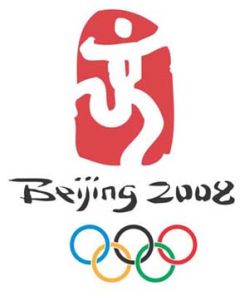 The biggest problem with the Olympics television broadcasts over the next couple of weeks is that when you and I see them in the States, the events are long since over, they're history, they're not news they're "olds". While it's true that NBC is offering some events via live streaming online, there's a reason why you have that giant plasma screen TV in your living room - it's to watch TV, not your laptop.

If you lived closer to the Canadian border, you could've watched the opening ceremonies live this morning instead of the packaged and edited and canned and stale re-broadcast of them on NBC over 15 hours later tonight. That kind of accessibility to live broadcast of the games seems to exist in every industrialized nation other than the United States.

Let's be clear that it's true that NBC is spreading broadcasts across 9 channels and will have live broadcasts on TV (starting tonight at 11:00pm on CNBC, Boxing Elimination bouts: middleweight and light heavyweight) but we will primarily be subjected to delayed content on the NBC flagship. What will be even more annoying about that content is its over-packaging: the profiles, the soft-focus, the crummy music, the not-to-speak-ill-of-the-dead Jim McKay-ification of sports broadcasting. What we're talking about here is the ridiculous half-hour+ spent on back story and build up followed by 3 minutes of competition.

While there must be a lowest-common-denominator appeal to Jim McKay-ification (or else why would we be beaten over the head by this every 4 years?) there has got to be a significant percentage of the US population that wants the simple immediacy of sports competition without all the bullshit of what town some competitor grew up in and at what tender age they witnessed the death of their dog thus inspiring the competitor to run like the wind or whatever it is that they do. When more time is spent on backstory than on competition, we, the viewers, are shortchanged, and the network does not deserve the time we spend pointing our eyeballs at the ads they present us.

Yesterday we had a chance to talk about the Olympics and media with Chad Cooper, marketing and editorial content director at OVGuide, the aggregator and guide for online video content from several thousand outlets :

LAist: When it comes to watching the Olympics on TV, why are Americans stuck with such limited choice?

Chad Cooper: You have to look at what we're dealing with here and that's network television. They are all about high production, the focus on primetime, and being able to sell ads [NBC Sells Over $1-billion in Ads for Olympics]. They do offer a lot of content [2,000 hours] online and they have been getting much better about providing access to produced and online-only content over the last year or two.

LAist: Why is there so much focus on certain events, why are some events completely absent from broadcast?

Chad Cooper: NBC, and network TV in general, acts as a filter based on popularity - that's why NBC has channels devoted exclusively to basketball and soccer, probably the two most popular sports in the world. Also, NBC will be focusing primarily on events that have Americans as contenders which is unfortunate because the United States is a multi-cultural country, with people from all over the world who might want to watch contests that aren't so American-centric.

LAist: So if I want to watch a 4-person kayak sprint between Finland and Hungary I'm out of luck?

Chad Cooper: You probably won't be seeing that on TV and you might not even see it at NBC's online resources but what we're hopeful of at OVGuide, is finding video content that are either produced by enthusiasts or are the product of new outlets. The next few days will tell us if this is happening.

[The 4 1/2 hour (re)broadcast of the Opening Ceremonies at the 2008 Olympics in Beijing begins at 7:30pm tonight on NBC]