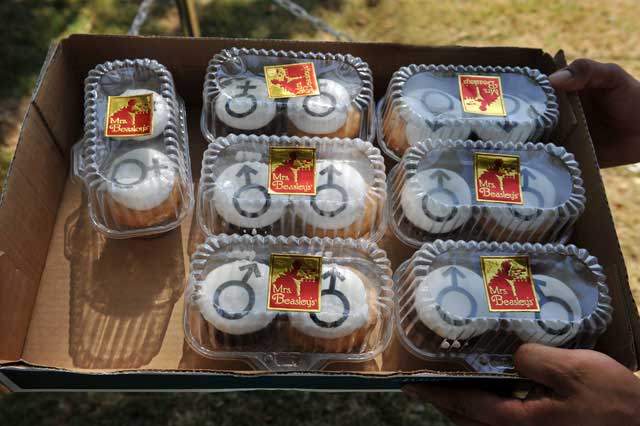 Looks like Orson Scott Card (notably, the author of Ender's Game) wants to pull the right of revolution (the right and duty to "throw off" government) card from the Declaration of Independence. Usually, it's cited in liberal texts, but in a conservative op-ed in the Mormon Times has him ready to take direct action if Prop 8, which seeks to eliminate gay marriage, fails:

How long before married people answer the dictators thus: Regardless of law, marriage has only one definition, and any government that attempts to change it is my mortal enemy. I will act to destroy that government and bring it down, so it can be replaced with a government that will respect and support marriage, and help me raise my children in a society where they will expect to marry in their turn.

Box Turtle Bulletin notes that he is, at least, consistent in thought. In 2004, he wrote a lengthy manifesto on the subject, which was similar to his 1990 rant.