Councilman Rosendahl: From Champion to Weasel 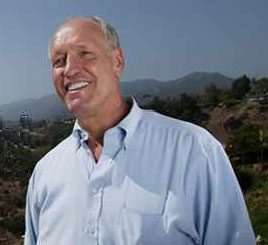 Councilman Bill Rosendahl played to the cycling community last week when he announced that he was convening a Community Forum to address issues raised in the aftermath of the Mandeville Canyon "road rage" incident of July 4th.

The response to the Community Forum, which was announced last Wednesday, was so significant that the event was moved to a larger venue to accommodate the anticipated crowd.

Abruptly, Rosendahl's Office reversed course on Saturday, announcing that the Community Forum was canceled, citing concerns that "the tenor of media coverage and of blog posts would make a Monday public meeting counter-productive."

It turns out that the meeting wasn't really canceled, it simply returned to its original meeting location, this time with an exclusive guest list (notes from meeting are here).

This is hardly the public process that was championed at Wednesday's Transportation Committee, where committee members stressed the importance of public participation in the development of policy and projects in the community.

The tremendous irony in this is that the Cyclists' Bill of Rights (something Rosendahl endorsed) lists #8 as "Cyclists have the right to be actively engaged as a constituent group in the organization and administration of our communities." Apparently, that holds true only if you're on the list.

One of the invited members to the exclusive club recognizes that the Mandeville incident "does shine a spotlight on increasing tensions between motorists and cyclists and the need to address this citywide." Another attendee expressed hope that the issues raised by the homeowners could be dealt with in a way that resonated throughout the community. And yet...

The LADOT, Public Works and LAPD sat down with a council district approved group of homeowners and cyclists, including reps from "cycling groups" who took the time to communicate to the public that the meeting had been canceled, all the while knowing that the meeting was on, simply not with the public.

One can only watch and wonder what kind of success Councilman Rosendahl and the participants are expecting if the first move made is to exclude the public, move silently and then to meet.