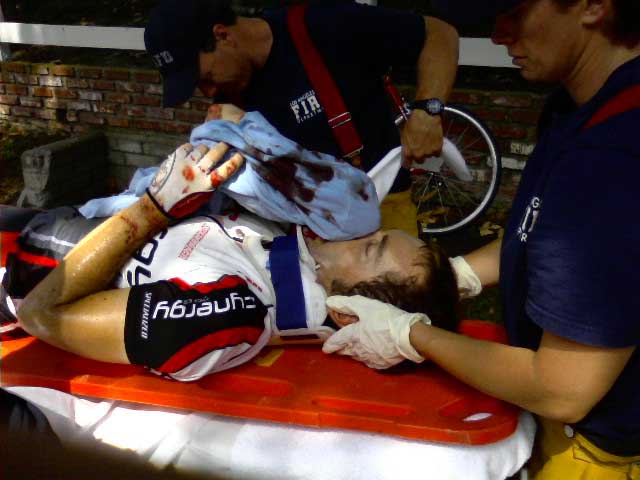 Update #2: The meeting has been canceled. More information here.

Update: The meeting location has changed to across the street to accommodate more people. it is not located at Felicia Mahood Multipurpose Center at 11338 Santa Monica Boulevard.

After the unfortunate, yet eye-opening incident between an alleged "road rage" motorist, who was arrested, and two bicyclists on Mandeville Canyon on Fourth of July and press coverage from most major media outlets in Los Angeles, Councilman Bill Rosendahl has set a time and date for a public meeting to discuss the issues.

"City officials will welcome suggestions from all parties on how to improve safety on the narrow 5 mile roadway that is heavily used by residents, visitors to nearby recreation areas, and cyclists," a press release stated. "Discussion will also focus on efforts to better inform the public about laws and vehicle code sections pertaining to cycling and sharing the road."

It goes on to say "the specifics of the July 4 incident, which is being investigated by law enforcement officials, will not be a subject of the meeting."

The meeting next Monday at 6:30 p.m. will be held in the 2nd floor Hearing Room at the West Los Angeles Municipal Building (1645 Corinth Avenue, which is between Iowa and Santa Monica Blvd) (see above update). Bicycle racks are available and are allowed in the building lobby. Car parking can be found behind the building.