California to Legalize Weed for Everyone 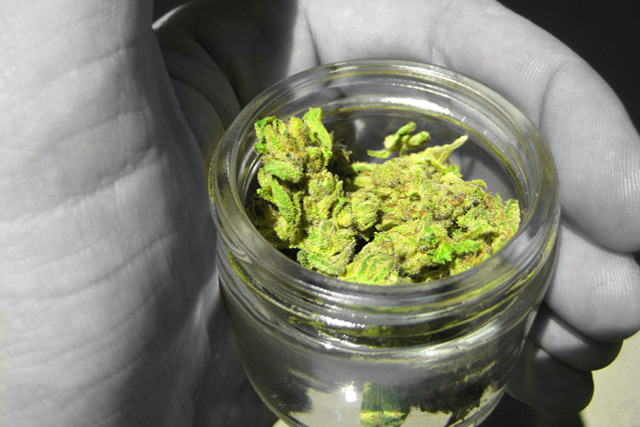 There is an initiative in the works that could end up on the November ballot that allows for marijuana to be sold to anyone, and anywhere that already sells alcohol. Its being called The Inalienable Rights Enforcement Initiative. From the full text of the measure:

This initiative will amend the Constitution of California to defend and safeguard the inalienable rights of the People against infringement by governments and corporations, providing for the lawful growth, sale, and possession of marijuana. Marijuana will be taxed through a system of stamps and licenses—a $5 stamp will be required for the sale of an eighth ounce of marijuana and a $50 annual license will be required for the growth of one marijuana plant. To protect participants and encourage participation in the system, such licenses and stamps will be available anonymously in stores where marijuana is sold.

So instead of getting some quack doctor to give you a prescription for $100 because of your supposed "anxiety" or alleged "insomnia", you will just pay an extra tax each time you buy yourself another 8th.

Aside from allowing all willing adults to be able to buy weed easily, this initiative will start to generate revenue for California, and stimulate our struggling economy. More weed stores means more jobs for Californians, more taxes to be collected, and more people enjoying better weed. And finally marijuana will be put into the same file as Alcohol and Cigarettes where it belongs, instead of it being equated with crack-cocaine and heroine.

The initiative goes on to say why they believe this to be a necessary measure:

So 12 years later... are we more or less tolerant of recreational use of marijuana? For now, we'll have to wait and see.

Related Story: Marijuana Initiatives, What Went Down in '06