Knitting Factory to Close its Doors or Move? 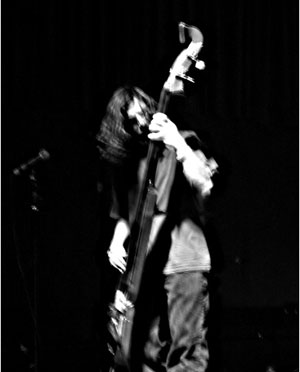 The music venue that is the Knitting Factory has been a mainstay in the resurgence of Hollywood since 2000. As an anchor tenant and early adopter of the area, the New York City based club saw Hollywood change from having the 18th Street Gang territory sit one block away to having tourists flock the area making it a likely candidate for one of the most pedestrian dense areas in the city. Now that the area is built up and the Factory is surrounded by national brand name stores and businesses, trouble has come knocking on the door.

"The Los Angeles Building Department is aggressively trying to revoke our CUP (Conditional Use Permit)," wrote Morgan Margolis, the venue's VP of National Operations, in an e-mail that was passed around the internet yesterday. A CUP is required to run many types of businesses in a city. It can determine opening and closing times, where to queue ticket lines, and other operations in order to help mitigate impact on the surrounding residents. But now, the city is saying the club is a "nuisance" and does not comply comply with "upscale restaurant guidelines." The venue refutes those accusations.

"They are also trying to say we do a steady stream of Erotica here, which is absurd, as we've only had three Adult Entertainment parties over eight years and 10,000 shows," Margolis explained.

However, the Notice of Hearing (.pdf or HTML) states that "there are written allegations and a 31 signature petition stating the non compliance with the conditions of the Zoning Administrators' grant approvals... The Los Angeles Police Department, OIC Vice, Hollywood Division has provided Officer declarations and photographs of illegal activity within the establishment use."

The Knitting Factory in New York has moved twice in its 20 years and may soon move again. A public hearing for the Los Angeles location is scheduled for Thursday July 17th at 10:00 a.m.