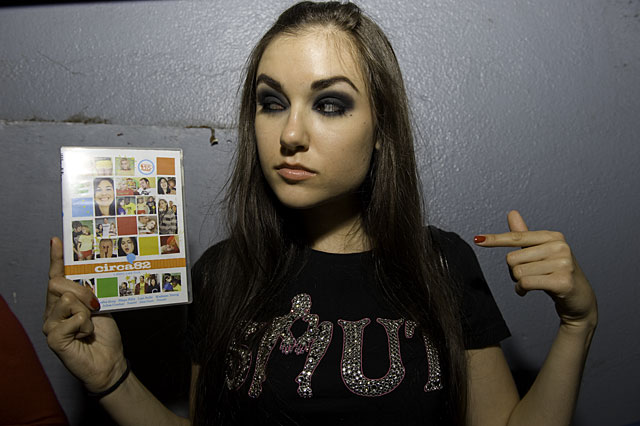 Two weeks ago, photographer/director Dave Naz (MySpace) celebrated the release of his new Vivid-Alt (MySpace) movie Circa '82, his second directorial effort for the imprint, with a party at the Hyperion Tavern in Silver Lake. Circa '82 revives "...the early 80's and focus[es] on the important things in life: sex, music, and doing whatever the fuck they want. No parents, no school, no rules." The movie features cameo "...appearances by punk legends Keith Morris (Circle Jerks), Don Bolles (The Germs, .45 Grave) and Jim Lane (Killroy)" and the soundtrack features several songs from the Circle Jerks.

The event also featured a performance by local band The Lost Captains (MySpace).

Special thanks to Eon McKai, Dave Naz, and the Hyperion Tavern.