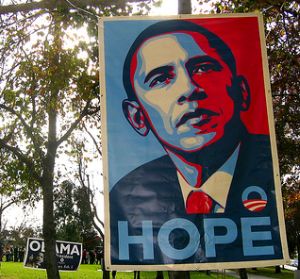 Barack Obama is scheduled to ask Hollywood's most celestial bigwigs to open up its pocket books on Tuesday during a fundraiser in the Walt Disney Concert Hall.

After Obama secured the nomination in early June, and after Hillary Clinton publicly endorsed him less than a week later, observers wondered if his former foe's supporters would cross the Democratic aisle.

A portion of her female supporters -- including some very vocal NOW members -- vowed not to support Obama, citing perceived slights to the first woman candidate with a true shot at the White House. Others promised to vote for John McCain. But apparently, there will be no question who Hollywood will be backing, Wilshire & Washington's Ted Johnson said: "Some of her key fund-raisers, like John Emerson, chairman of the Los Angeles Music Center, are already raising money for Obama."

Obama's planned Los Angeles visit follows Clinton's first appearance since she called it quites, speaking at a Bronx high school Sunday. Odds are, the still possible -- if unlikely candidate for VP -- who is now being mentioned as a possible Supreme Court Justice, will keep a high public profile; all politicians are narcissists in the most basic form.

Speaking of narcissism: Bill Clinton also spoke on Sunday for the first time since his wife left the race. In Miami, the former president told the national conference of mayors he was pleased with Obama's energy plan. Reporters at the Florida event asked whether Bill Clinton would endorse Obama, which he has not yet done. Apparently, no one asked why it still matters what one of this country's most accomplished presidents and now its most visible malcontent still thinks.

Photo by victoriabernal, via LAist Featured Photos Pool on Flickr.