Subway to the Sea Inching Closer to Reality 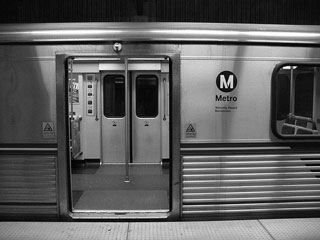 Funding is the hurdle for good public transportation projects in Los Angeles. A bill that is currently making its way through the state legislature would allow Metro to then vote on a proposal to increase LA County's sale tax. And all signs for Metro approving it seem to be a "go." Then, a third voting party would have to approve it: voters, who would see it on the November ballot.

The business community is starting to support such an increase, but one former LA Area Chamber of Commerce chairman and current Metro board member, David Fleming, has one big concern: that the money won't be later raided for other non-transit related projects. He supports the sales tax raise and future Metro projects, but really wants to make sure they will happen.

Meanwhile, the Metro Westside Extension (the official named for the Subway to Sea slang) continues to foster a relationship with residents and fans of the project on Facebook. The Facebook group is nearing 500 members and grew 100 within the last week.