What's Next for Obama? The Veepstakes 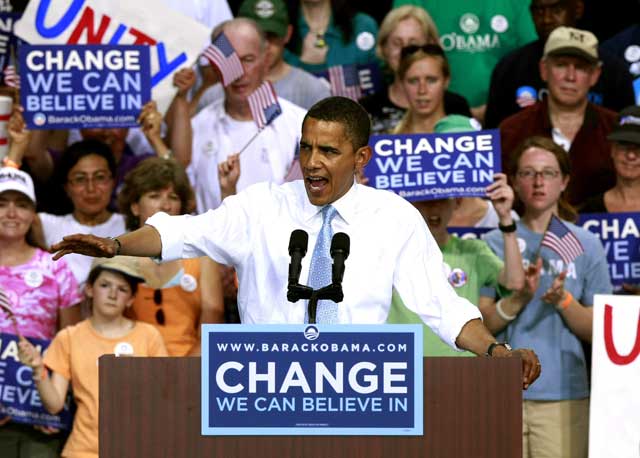 As the Obama ordination slowly takes shape across America this week — cemented by Hillary Clinton's graceful exit — the race for next in line will begin to supplant coverage of the Democratic quest to take over the White House.

Picking a VP has taken on a whole new significance in the wake of Dick Cheney, who greatly expanded the powers of second in command. Will a VP continue to set the agenda in the White House? Will they be relegated to leading good-will missions in Africa or will they help advise the president on important foreign policy matters while keeping the Senate in line?

The alphabetical list of the contenders, pretenders and offenders: 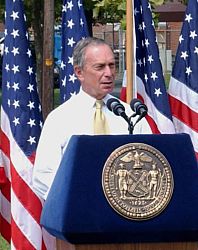 The attractiveness of Bloomberg -- a Jewish, white, Republican turned Independent Mayor of New York City -- is undeniable. He has stayed strategically neutral this election season so far, though once shared the stage with Obama in March during a speech on the economy, setting off a tidal wave of rumors. He has penned numerous op-eds on issues about which he feels passionate and runs a website apart from the official NYC Mayor's site. All serve to exemplify Bloomberg's higher ambitions and desire to change the status quo and bring home New York for Obama. Did someone say change?

While liberal on many issues, Bloomberg has a conservative streak hearkening back to his days as Republican. He has expressed a disdain for raising taxes and initially supported the war in Iraq. While the former might not present a problem, the latter could be problematic as Bloomberg has publicly spanked Congressional Democrats who want to set a timetable for withdraw from Iraq. 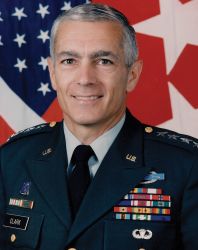 The retired four-star U.S. Army general, and 2004 Democratic presidential candidate, provides two things Obama lacks: a military background and executive experience. As the former Supreme Allied Commander of European NATO, Clark could serve as a buttress to that ole war hero John McCain, who will undoubtedly hammer Obama on his youth and relative inexperience. As a white Arkansan, Clark could also secure a voing bloc that has thus far been elusive to Obama: white southerners.

The Clinton supporter does not seem to want the job. During a June campaign stop, Clark touted Kansas Gov. Kathleen Sebelius -- rumored to be a top contender for the Obama ticket -- "the odds-on favorite to be the next vice president." Um, he may be right. 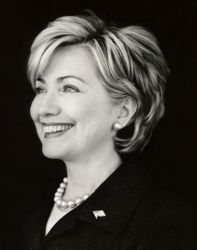 Why she will be picked:

As the strongest female presidential candidate in this country's history, Clinton made fan out of a record number of voters, including a strong bloc of women and Latinos that flocked to her candidacy. Did I mention she is a woman? Did we mention Obama is black? The duo would put to shame the white glare sure to emanate off the Republican ticket and re-energize a party already enthralled with the current race.

Why she won't be picked:

But energy works both ways and some feel that if Hillary is picked as the Veep, Republicans who vehemently detest Clinton Inc. will turn out in force for McCain, despite their own misgivings about the independent-minded Arizona Senator. Also, would Obama pick someone who staked her campaign on picking on his every weakness? 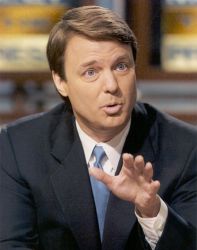 As a former vice-presidential candidate and US Senator from North Carolina, Edwards has the experience and name recognition to help Obama secure the White House. He survived the gauntlet of a general election which could prove valuable to a candidate who is still learning how to run for president. Edwards was also popular among labor and some white southerners, having lived and worked in North Carolina.

Why he won't be be picked:

However, Obama picked right up where Edwards left off in securing gobs of labor support and has been strong in the south, begging the question: does Obama need Edwards? Probably not for Veep (especially since Edwards also said he would not accept the No. 2 position if asked). But he may still have a place in Washington, with some thinking Attorney General and others shooting for what could soon be a vacant Supreme Court spot. 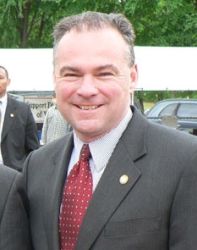 Why he will be picked:
Another governor from a swing state that could be vital to the Democrats in November, Kaine is a viable pick to be Obama's second in command. Like Obama, Kaine was an underdog for much of his race for governor in 2005. But, unlike Obama, Kaine's stances are very much in line with the more moderate (read: conservative) wing of the Democratic party, which helped turn Virginia Democrat and could be a huge benefit to Obama in the general election. Kaine is opposed to abortion (including the nefariously named partial-birth abortion) and is a member of the pro-life advocacy group, Democrats For Life of America.

Why he won't be picked:
Though a public servant for more than a decade, Kaine has relatively little national experience and, as of last year, his state was running a $300 million budget deficit. If Obama hammers McCain's (and, by extension, Bush's) economic policies as out of whack, his own Veep might run for cover. 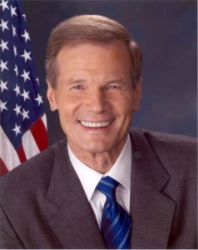 Like Kaine, Edwards, Webb and others, Nelson would help Obama bring home the vital swing state of Florida that has played a major role in at least two of the last presidential contests. The Sunshine State's governor, Charlie Crist, is expected to be near or at the top of the list for McCain's No. 2, which could throw a monkey wrench in the Republican's plans to take the state in 2008.

Nelson was an early supporter of Hillary Clinton, which makes you think he is not the most loyal Obama-ite. But if Obama can look past this political blip, me might not be able to carry someone who voted to designate Iran's Revolutionary Guards a terrorist organization, which Nelson did in October. Obama and Clinton sparred on the issue, with the Illinois Senator opposing the measure, saying he did not want to beat the war drum. Also, who the hell has heard of him? 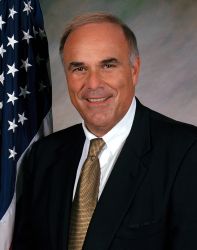 As the head of a swing-state, Rendell presents certain attributes that are downright sexy to any presidential candidate, let alone Obama. He is culturally diverse (born to Jewish parents in New York City before moving to Pennsylvania for college and law school); he has military experience (served as a 2nd Lieutenant in the Army from 1968 to 1974); and has executive experience (two-terms as Philadelphia's mayor before serving as Pennsylvania's governor). Rendell has a resume a foot thick and could counteract claims by McCain that an Obama presidency would lack experience.

Rendell also seemed to deflect any interest in the nation's 2nd spot. "I like to be my own boss," he said. But they all say that until asked. More importantly Rendell was a staunch Clinton backer, often praising her health care plan and ideas as vehicles for change. On Clinton, he recently said, "She really cares about moving this country forward." I know of 2,158 delegates -- and one candidate -- who would disagree. 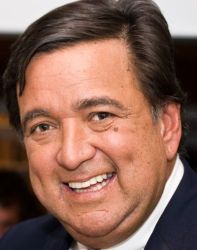 Richardson is amazingly qualified. He was a member of Congress, the US representative to the United Nations, President Clinton's Energy Secretary, Governor of New Mexico and I think he also discovered Velcro. He has a resume that puts John Adams to shame. He's also head of a swing-state and is the only Latino governor in the country, an important point considering Obama's struggles to cull that voting bloc that went for Bush in 2000 and nearly in 2004. He came out forcefully for Obama, which could win him political points...as in a spot in the cabinet.

But for all his accomplishments and accolades, Richardson proved himself to be a less than formidable campaigner during the presidential campaign, prone to verbal gaffes and political two-steps. Does Obama want someone like that campaigning for him? 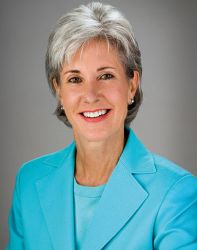 Why she will be picked:

Sebelius first gained national recognition as the 2008 Democratic responder to Bush's final State of the Union Address when she called for "a national call to action on behalf of the struggling families in the heartland, and across this great country." The populist message jived with many struggling under the weight of an economic recession and housing crises, which could reel in some of those who had supported Edwards. Oh, and Sebelius [Sebee-leeus] just happens to be a white woman, which could reel in some Clinton supporters who just can't get over the fact their candidate is out of the race. She is pro-choice and is due to be termed out in 2010.

Why she won't be picked:

She has the credentials, the background and the ovaries to woo some voters but Republicans might pounce on Sebelius for her association with Dr. George Tiller, who has performed thousands of abortions and is known by some as Dr. Killer. Creative, eh? Websites, like this one have sprung up asking, "What methods does Tiller use to kill babies?" and "What does Tiller do with the dead babies?" Classy. 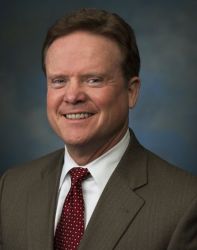 A former Marine and Secretary of the Navy under Ronald Reagan, Webb has the military credentials to bolster the Democratic ticket against war hero McCain. (As an aside, McCain is a hero, for sure, but being a hero does not qualify you for being President of the United States.) Webb has staunchly opposed the war in Iraq since the 2003 invasion, saying that, "Bush arguably has committed the greatest strategic blunder in modern memory." His anti-war stance, couched in military strategery, could counter McCain's support for the conflict. However, Webb is not a prototypical Democrat. For one, he used to be a Republican and for two, he is a strong supporter of gun rights. Like Kaine, he is also from a traditionally Republican state -- Virginia -- that has recently turned Democrat. All could work in the Democrats favor. Interesting Webb side-note: He won an Emmy for his 1983 PBS coverage of the U.S. Marines in Beirut.

While Virginia has turned blue as of late, there is no guarantee a Democrat would be elected if Webb accepts the Vice Presidency, which worries some Dems. As President, Obama would need a friendly [read: no filibusters] Senate and losing a Dem in a red state could hurt if Obama wants anything to get done. Another con could be his antipathy for campaigning. "My sense - from his own writing and what I've read about him - is that he is also difficult, stubborn, awkward, cussed and not to be trifled with. these too may not be attributes best-suited to a national campaign in the modern political era," said Alex Massie, a Webb supporter.

What do you think?