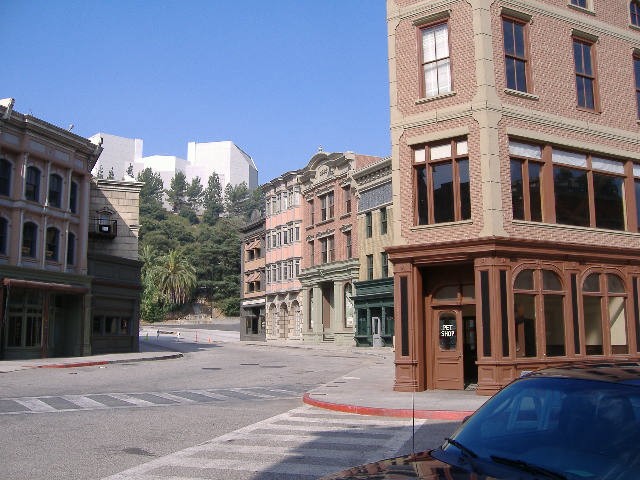 According to the LA City Fire Department, this morning's fire started around 5 am in a sound stage (while someone was shooting), and spread to parts of the backlot before being contained by LA firefighters.

*This story has been updated*

Although the TV news weren't certain exactly what was burned, looking at the footage I can say with a fair amount of certainty that a good chunk of the New York Street facades have burned to the ground.

For those of you who've haven't been inside the facades on the backlots (and the facades look the same on all the lots), they look like this: 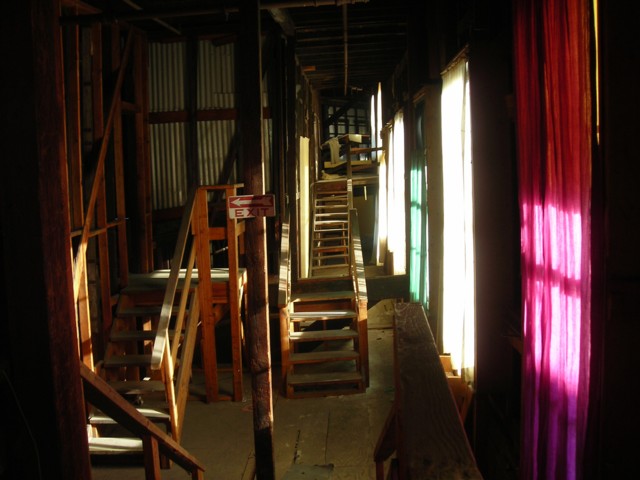 They're nothing but wood frames with a century's worth of junk, rotten fabric (hanging in the windows) and dust inside. Most of the wood's really old and dried out, too, so I'm kind of surprised (in a good way) that the firefighters have gotten the fire contained to one building as quickly as they have.

According to a Universal spokesperson, the shopping area and theme park are in no danger, and the studio tour will still be operating today.