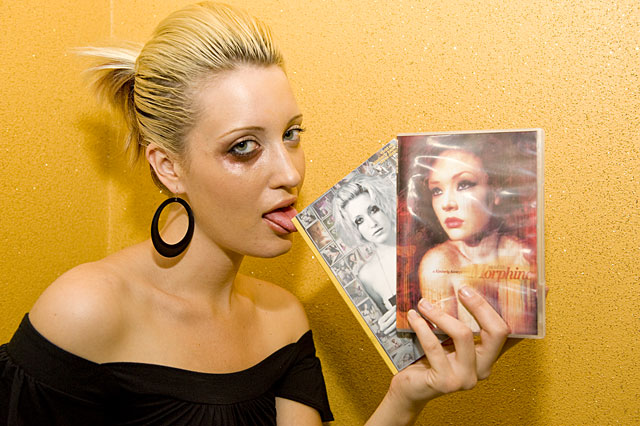 Last Tuesday, pornstar/director Kimberly Kane (MySpace) celebrated the release of her new Vivid-Alt (MySpace) movie Morphine, her second directorial effort for the imprint, with a party at Beauty Bar in Hollywood. Inspired by Kane's experiences working at the Sugar Shack in Portland around 2003, Morphine "...paints a dark picture of a young woman (Audrey Hollander) struggling to leave the tawdry life of prostitution and drug addiction to follow her dreams of being a Nashville songwriter."

The highlight of the evening was the Black Eye Beauty Pageant(!), featuring makeup by Willia, where Morbid was crowned the winner based on audience applause.

Special thanks to Eon McKai, Kimberly Kane, and Beauty Bar.