LAist watches Indiana Jones and the Kingdom of the Crystal Skull 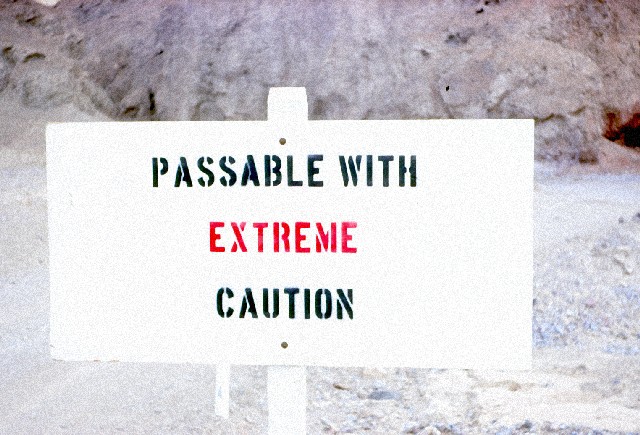 There's really no point to discussing the plot of this movie as it's nearly identical to the other movies in the franchise: Indy gets dragged into trouble with bad guys (Russians this time), travels to a place with a lot of cobwebs and gets wet and/or mucky in the process and then runs from fire/mud/water/big rock/CGI something-or-other while dodging bad guys and dragging along a sidekick and then, of course, heroically saves the day.

This formula has worked, and worked very well for, what.. almost 30 years now?

Except this time it's just not the same. What's missing here is the sly sense of humor that made the earlier installments of the Indiana Jones series so much fun to watch.

Although it's passable fare as escapist summer movies go, this version takes itself far too seriously - the humor that made these movies so wonderful is now totally gone and all that's left is a shitload of CGI and Spielberg working overtime trying to convince himself (and you) that he's still 'got it' and can make a fresh, hip, relevant movie.

In other words, the entire movie is the cinematic equivalent of your newly-single middle aged dad getting bad hairplugs and buying an overpriced sports car with spinner rims and a garish paint job in a last-ditch effort to convince the hotties that he's still 35. Or 40. Ish.

Harrison Ford, who looks like he's way too old to go running through jungles, isn't helping matters any. Throughout the movie, I couldn't stop thinking about Miss Trixie from A Confederacy of Dunces and how the movie actually might have been more enjoyable had Ford periodically gnashed his false teeth and demanded to know if he was finally retired. Seriously, he could have sent the kid down into the hole then demanded both a turkey and a ham from the Russians after biting one of them and I would have had a great time.

As it was, I just really wanted a magazine.

Perhaps it's me. Perhaps it's because the earlier movies were so much fun that I really wanted this one to be just like them, and maybe it's just me getting older that I didn't find it to be so.

Personally, I'd advise giving it a miss and renting the first two on DVD, but I know you won't listen to me (you never do) so sit in the back row, bring that magazine and try not to giggle too much when you think of Miss Trixie.