Taco Truck Law-Breakers: Someone Had to Be First 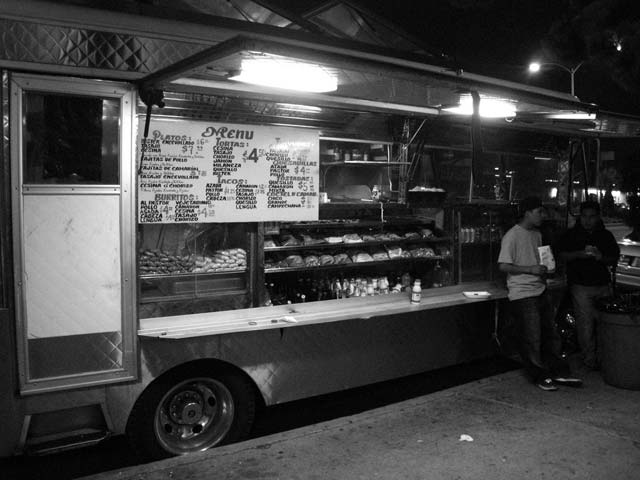 Photo of a mariscos-specialty taco truck in Venice (not the one cited...yet!) by stevelyon via Flickr

It's a rather dubious honor: The first taco truck to be cited for violating the County's new mobile food vendors' parking laws.

The lucky recipient is an East LA-based truck called La Flor de Sahuayo. They were hit with the citation on Wednesday for "staying in the same parking spot longer than permitted," reports SFGate.com. But here's the rub: Truck owner Alejandro Valdovino says he parks his truck in front of his own restaurant. Valdovino is quoted as marveling in Spanish: "Whose business am I stealing? My own?"

The Sheriffs say that 20 complaints were filed about La Flor de Sahuayo in the past four months. For his crime—a misdemeanor—Valdovino "faces up to a $1,000 fine and six months in jail if convicted." He explains that his food business began in the truck iin 1983, then he established the permanent restaurant. He maintains the truck for the people who prefer not to wait as long to be served, and who don't mind having less variety on the menu. Many who oppose having the trucks around say that they bring more litter and loitering to the streets and an increase in neighborhood traffic.

You can follow the Taco Truck drama right here on LAist.