A Westwood Revival in the Works? 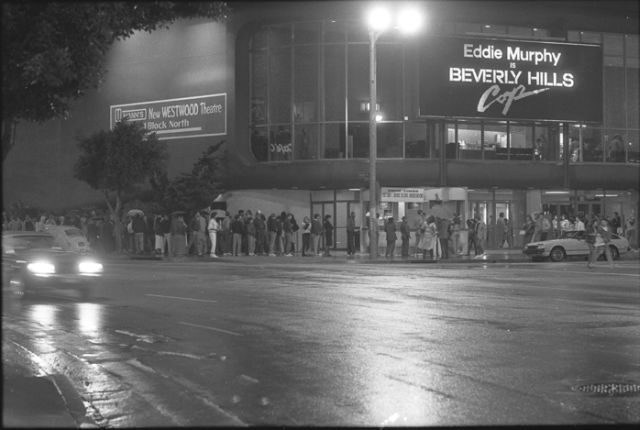 Is Westwood making a comeback? The LA Times thinks so, in today's article on the burgeoning real estate development in UCLA's backyard. But isn't this a story we've heard a million times before? It goes something like this: Westwood used to be a great pedestrian area, then it fell victim to gang violence in the late 80's, and it's never been the same since. But maybe there's hope yet — at least, that's what developers are hoping.

On Glendon Avenue, a block east of Westwood Boulevard, the first of an anticipated 700 tenants have moved into the 350-unit Palazzo Westwood Village even as workers scurry to complete the project. Nearby on Lindbrook Drive, the former site of a Flax art supply store, developer Kambiz Hekmat has broken ground on an "extended stay" boutique hotel that will have shops and restaurants. A modernist retail project from developer Ron Simms is planned at the site of the recently razed 1,100-seat Mann National Theater, where "The Exorcist" had its Los Angeles opening in 1973.

Westwood is and always has been a cultural mecca: with UCLA's countless programs and facilities, dining options ranging from budget to big bucks, and some of the best single-theater movie houses still remaining in the country, there's more than enough to draw a crowd. And as anybody who's had the misfortune of venturing out to California Pizza Kitchen on a Friday night knows, the place is absolutely crawling with Brentwood teenagers on weekends, ready to spend their allowances on Diddy Riese and arcade games. But then the complaints come rolling in: parking is terrible, the bar situation even worse, and other than a few major chains, the shopping situation doesn't offer much.

But with Westwood's many natural advantages, a concentrated effort to solve these problems could pay off a hundred-fold. Here's hoping these developers know what they're doing.