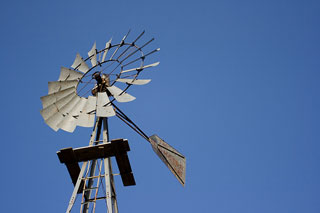 You may remember a few years back when the workers of the South Central Farm, who maintained a grassy patch of garden just south of Downtown, were evicted from the land in a rather bitter eminent domain battle. Now, the collective has purchased land outside of Bakersfield, in a town named Buttonwillow (home to a speedway and not much else), in anticipation of rebuilding and replanting their farm. Thanks to a sizable donation from a non-profit group, the South Central farmers now have 85 acres upon which to begin reconstructing their organic farming dreams.

Already, some members of the group are planting gardens in nearby Shafter, and selling the fruits of their labors to L.A.'s many farmer's markets. From the LA Times:


Their Buttonwillow spread won't be a working farm for two years — but for now, a couple of dozen stalwarts from the embattled old garden raise vegetables on a leased field a few miles away in Shafter. Every Friday night, some make the long commute from Los Angeles in an old school bus they bought on Craigslist. After tending the crops and bunking in a rented house, they head back over the Grapevine with boxes of organic spinach, kale, carrots, beets — a cornucopia bound for farmers markets throughout the city.

"Sure it seems unlikely," said one of the group's leaders, an aerospace engineer who goes by the name Tezozomoc. "But if we could farm in South-Central, is it so strange to do it here?"

You can find South Central's produce at farmer's markets in Watts, Leimert Park, Atwater and Hollywood, as well as once a month near their former location at Alameda and 41st. You can also buy a documentary about South Central Farm's struggle for land here.