Another Earth Day is upon us, and to me the 'celebration' of such seems to be about encouraging folks to hop in the Prius, rush out to the nearest participating retail establishment, whip out the charge card and purchase some (imported, of course) environmentally conscious thingamajig or three. In between the free concerts serving organic micro-brew, of course. 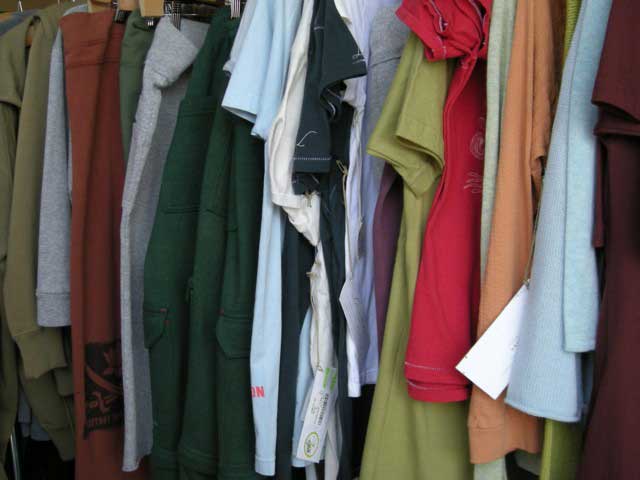 Wearing out Mr. Charge Card in the name of the environment is not sustainability. It's mindless bandwagon jumping over-consumerism.

The whole point behind the idea of sustainable living is to examine the way we live and try to reduce the amount of shit we're using on a daily basis. Throwing out perfectly good stuff in order to buy other stuff just because it's eco something or other is totally missing the point.

Sure, it's tempting to save the planet by going out and buying an all-hemp wardrobe and 100% organic unbleached bamboo sheets sewn together by 100% organic unbleached Himalayan sherpas, but really, wouldn't it actually be better for the environment to keep using your old ones? They've probably got years of use left in them. Like a lot of the stuff we chuck out 'just because'.

Do we really need a new wardrobe (even if it's organic fabric with earth-friendly dye) twice a year just because some fashion magazine tells us it's 'in' (ladies: how many times in the past five years have we been basically ordered to replace every pair of jeans and shoes we own because the old ones were, like, so last week? Think of how environmentally conscious it would be to cancel the subscription to the fashion magazine and just buy stuff we like and use it till it wears out)? Sure, it feels good to know that we're employing thousands of children in third world factories (keeps 'em off the streets), but think of the waste we're creating in the process, not to mention the oceans of fuel used to ship all this stuff to us. If it's come from halfway around the world, the fossil fuel consumption alone effectively cancels out any environmental good intentions.

Each time we make a purchase, let's all try to ask ourselves if this is something we truly need (note: need and want are not the same thing), and if the answer happens to be no, let's all truly do the planet a favor and put it back on the shelf.

I'll tell you what - if you will promise to do this consistently, I'll give you my official permission not only to feel self-righteous about it, but to rub it in other people's faces.

"Oh, you bought another new car?" (long pause) "Tsk. We're not doing that anymore. We're trying to teach our children to be... responsible." (Raise eyebrow and walk away).

Sustainability can be fun!