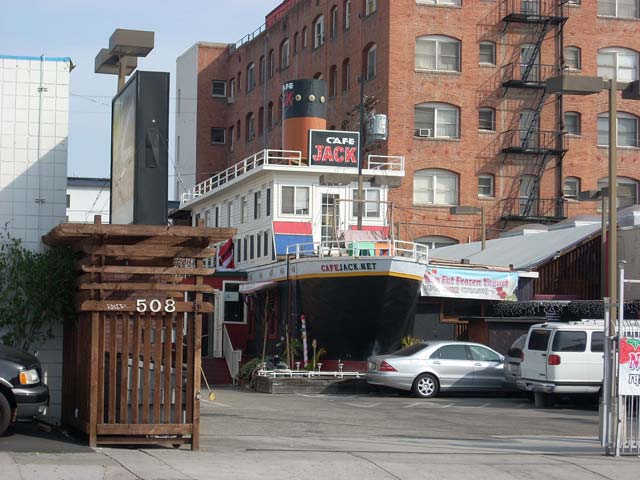 LAist Featured Photos Pool contributor LA Wad snapped us a shot of this unusual eatery that is an architectural and thematic curiosity in Koreatown. Our photog explains:

Cafe Jack is a Korean coffeehouse and restaurant. No, that is not a real ship.

The owners of the restaurant took a modular office building of a former used car lot and added elements to convert it to resemble a luxury liner. They are trying to go for the Titanic. Cafe Jack is named after Leonardo diCaprio's character in the 1997 movie.

The inside is decorated with pictures from "Titanic," and the interior appointments are quite plush compared to the chintzy facade.

Anyone been to Cafe Jack? My only hope is that they don't play Celine Dion's "My Heart Will Go On" on a loop. That would be a major appetite killer.