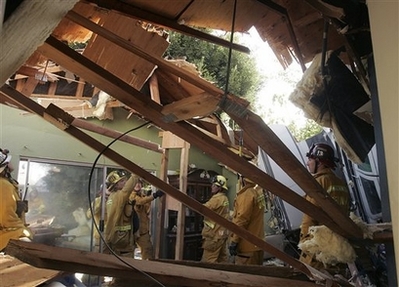 At least four people were critically injured after a twin-engine Cessna 310 airplane crashed in the 500 block of West Cypress in Compton this afternoon.

The plane crashed into two homes on a residential street about a quarter-mile from Compton/Woodley Airport, according to ABC7. Two of the injured were flying in the plane and the other two were on the ground. The flight originated in San Diego and was bound for Hawthorne.